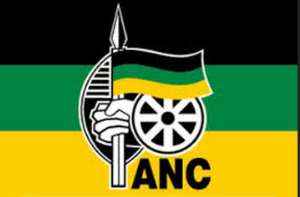 LONG before Mandela's death, his legacy was bitterly disputed. He had given the ANC legitimacy, made it into a party of government and kept it united. Not much of this survived his hand-picked successor, Thabo Mbeki, who subverted the independence of virtually all the institutions set up to safeguard the constitution.

By the end of Mbeki's presidency in 2008 the ANC had become a byword for corruption and factionalism, with party meetings frequently resulting in undemocratic manoeuvres, physical fighting and even knifings and murders as the factions fought for power and thus the right to get their hand in the till.

There had been a powerful resurgence of ethnic politics with ANC factions campaigning on openly tribal grounds — defying the whole rationale of the ANC since its foundation in 1912 — and a strong defensive reaction among the various minority groups.

Mandela's vision — that ANC rule meant an end to the use of race and colour to control South African life — had faded as the ANC sought to re-racialise every aspect of it, this time to the disadvantage of all non-Africans. The ideal of national reconciliation was quickly dumped as Mbeki and his followers played the race card on every possible occasion. The notion of appointment or promotion on merit was redefined as racist, and merit itself became a dirty word.

Mbeki in effect denied the link between HIV and Aids and did all he could to obstruct the proper scientific treatment of the disease, causing many hundreds of thousands of unnecessary deaths. And he lent steady support to Robert Mugabe's cruel dictatorship in Zimbabwe — flatly against Mandela's own instincts — repeatedly pronouncing Mugabe's rigged and violent elections to be free and fair.

Mandela was distressed by the ANC's descent into factional strife under Mbeki but never spoke a word of criticism of his disastrous successor. Such was his loyalty to the ANC that he remained a party man and simply appealed endlessly for ANC unity, appeals that were ignored by the factions even to his face. The various minority groups continued to admire him but most felt he had sold them a false bill of goods about the new South Africa.

The new constitutional order survives, though narrowly. Mbeki pushed ANC cadres into every corner of society and expected them all to display a Leninist discipline to the centre — himself.

This subverted the independence of parliament, the Speaker, the auditor-general, the public protector, the public prosecutor, the Human Rights Commission and much else besides.

Under Mbeki's successor, Jacob Zuma, the discipline and rigour were relaxed but corruption blossomed as never before: surveys show that an overall majority of South Africans is used to paying bribes, particularly to the police. Constitutional government has been gravely, perhaps even fatally, undermined. Today the ANC secretary-general, Gwede Mantashe, can quite casually announce that any ANC member who dares use the constitutional right to sue the party is automatically expelled.

That said, today's South Africa, torn by ANC factionalism and by the bitterly anti-white populism of the former ANC youth leader, Julius Malema — and burdened by mountainous unemployment and the world's highest level of inequality, as the new black elite enriches itself by fair means and foul — is also what Mandela bequeathed. The fact that he was horrified by the early signs of ANC corruption merely suggest that he had little idea of the tiger he had been riding, that he was naive even about his own movement and what it would become in power.

But in some respects he was extremely wise. He came out of jail spouting ANC doctrine about the nationalisation of industry, realised his mistake and made a U-turn. He knew the value of an independent judiciary and was always firm with his followers that even unpopular decisions by ancien régime judges must be respected.

The fact that he always took elaborate care to balance the different tribal groups within the ANC was widely mocked by younger, more modern spirits — but the resurgence of tribal and xenophobic feeling since has entirely borne Mandela out.

He also knew he was unsuited for the presidency and, in a continent where presidents almost invariably outstay their welcome, insisted on stepping down after one term, when he could have been re-elected almost by acclaim.

While Mbeki and other African leaders were reluctant to criticise even the worst African tyrants, Mandela was outspoken in his revulsion at Sani Abacha of Nigeria and Mugabe.

The Truth and Reconciliation Commission, on which Mandela insisted, was a sloppy and incomplete job, marred by bias and opportunism — but the causes both of racial reconciliation and forgiveness, which Mandela embodied, never lose their moral grandeur, their necessity in a multiracial world, or their appeal.

Outside South Africa the contradictions swirling around Mandela were seldom perceived. The adoring pop stars, tycoons and millions of ordinary people knew — and cared — very little about the South African political stage which his life had been all about. After all the false dawns of African independence, there was a great longing for a truly heroic black figure to represent resistance to — and the triumph over — the unjust suffering of black people down the ages. Mandela fitted the bill.

He had opposed apartheid with great courage and led the armed struggle against it. He had made heroic speeches from the dock and had been willing to die for his cause. Then he had suffered more than 27 years of imprisonment — and, when finally released, he had refused all notions of revenge and embraced the notion of racial reconciliation with sincerity, humanity and humour. To add to the myth, he loved children, raised money for them, loved their company, dancing with them, talking to them.

This was the key to Mandela. There was something childlike, something of the holy fool about him. He had a directness and simplicity that cut through everything: who else would, from their first meeting, have called the Queen “Elizabeth” and charmed her by doing so?

Who else would have rung up President Bill Clinton and offered him sage sympathy about the mess he had got into with Monica Lewinsky?

No wonder pop stars worshipped him. They, too, inhabited a simplified world, almost a childish one, of charm and directness and few large truths. Mandela suited them perfectly.

There was always a reverse side to the public myth. Even today the images of Mandela walking triumphantly out of jail, hand in hand with Winnie, retain their iconic value, a perfect picture of happiness and vindication. Yet the truth was that Winnie's wild antics had meant that for years her prison visits had seen Mandela lecture his wife to curb her behaviour. His private feelings spilled out in 1996 when, divorcing Winnie, he related that she had never made a home for him, that they had never shared a bedroom and that he had had to endure her many infidelities.

The fairytale ending came when he met and married Graça Machel, but even here appearances could be deceptive.

Although on official occasions they always looked the happy couple, Graça, 27 years his junior, maintained a busy life in Mozambican politics and society, and added to it the chancellorship of the University of Cape Town and multiple directorships on South African company boards with black economic empowerment schemes.

As a result he was, again, often on his own. The woman on whose arm he leant on an everyday basis was a white Afrikaner, Zelda La Grange, his secretary, constant companion and fiercely protective gatekeeper. It was a strange echo of the warm relationships Mandela had had with some of his white jailers in his later years in prison.

Such details did not enter into the simplified version of the Mandela myth, which was of crucial significance to a series of organisations that successfully exploited his worldwide popularity. These organisations and their officials drew great benefits from the extraordinary fundraising power of the Mandela name.

The days when any celebrity flying into South Africa might pose for a photograph with Mandela soon ended. One central Asian president offered $1m for such a photo opportunity only to be told that the price was $2m.

Mandela himself became a fearsome fundraiser and would spend whole afternoons happily regaling his admirers about how he had squeezed millions out of this and that person.

He had become a rich man with many homes, but nobody ever suggested that he was corrupt. All else apart, such charges would hardly make sense when so many people were keen to throw money at him, unasked.

None of this tarnished Mandela's image, for it was untarnishable. He came to symbolise the sufferings of black people around the world; and his stoicism, courage and principled refusal to accept liberation for himself unless it also meant liberation for all his people gave that image enormous moral stature and dignity.

His refusal both of bitterness and of arrogance — he often poked fun at himself, loved to joke and was happiest playing with children — made him not just a revered but a much loved figure. Emerging from his long travail as the redeemer of his people, preaching forgiveness and reconciliation and unselfishly laying down his power, he seemed to many nothing less than a black Christ.

This image, what we have called the simplified myth of Mandela, the Mandela of the pop stars — indeed Mandela himself was worshipped almost as a pop icon — obscures much of the complex reality and detail of the man. But it is this image, at once so powerful and attractive, that seems bound to endure.