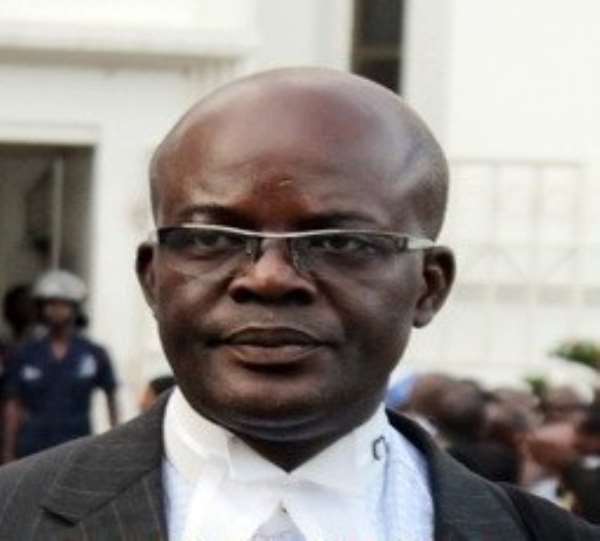 An Accra Commercial Court is expected today, to hear an application brought before it by Mr. Tony Lithur, counsel for Fortiz Equity Fund, against the action taken by Andrew Awuni, the Executive Director of the Center for Freedom and Accuracy (CFA), an advocacy group, to revert the sale of Merchant Bank.

According to the application, sighted by The Chronicle, Mr. Lithur is pleading the court to dismiss the law suit filed by Mr. Awuni, describing it as too weak and not having enough grounds to halt further transactions on the deal.

Mr. Lithur's application states that Mr. Awuni lacks the capacity to challenge the sale in court, although he contributes to the Social Security and National Insurance Trust (SSNIT).

It further added that Mr. Awuni was not a party to the deal and, therefore, did not have the right to challenge it.

However, the counsel for Mr. Awuni, Mr. Hassan Tampuli of Faibille and Faibille, disagreed with Mr. Lithur's assertion. Mr. Tampuli added that his team of lawyers had filed an affidavit to oppose Mr. Lithur's application.

The hearing of Mr. Lithur's application is a follow-up to a suit filed by Mr. Awuni against 13 institutions and persons at the same court on the sale of the bank.

It would be recalled that in November 15, this year, Mr. Awuni filed a writ at an Accra High Court to revert the deal, which he and many Ghanaians have described on several platforms, including press conferences as fraudulent, and did not show value for money.

Mr. Awuni, the Executive Director of the Center for Freedom and Accuracy, later filed an interlocutory injunction on November 22, this year, to halt further transactions on the Merchant Bank Ghana Limited and the Fortiz Equity Fund sale, awaiting the determination of the court, but has decided to put an end to the matter and rather pursue it in the Commercial Court.

He again, filed a new suit at the Accra Commercial Court against 13 institutions and persons who are at the heart of the sale.

But the commercial court is yet to hear the writ, because Mr. Awuni has not succeeded in withdrawing the matter from the high court.

Mr. Awuni, who was the spokesperson for former President John Agyekum Kufuor, has prayed the commercial court to restrain the parties from carrying out further transactions.

The defendants, in the new writ, this newspaper gathered, include SSNIT ,Fortiz Equity Fund, the Bank of Ghana (BoG) and KPMG, all board members of Merchant Bank, at the initial stage of the sale and three other persons.

The Governor of BoG, Dr. Henry Kofi Wampah, at the recent Monetary Policy Meeting (MPC) said the central bank did nothing wrong in approving the sale of the Merchant Bank and to Fortiz.

The SSNIT, the state-owned pension firm, which owns 90 percent stake in the bank, said the sale was strategic and would boost returns on its investments.