Angola: A conspiracy to ban Islam? 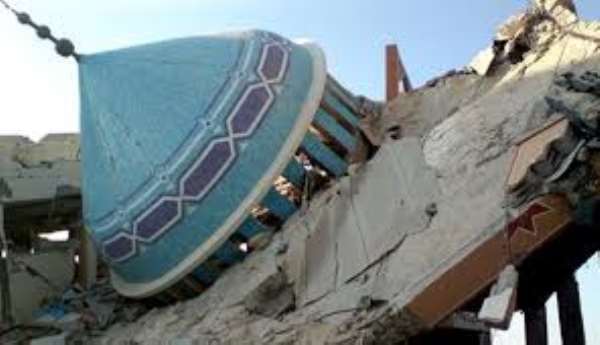 The continuous political and military interference by the West in Islamic countries is giving rise to violence and terrorism against the West. As a result, the religion of Islam and its followers are being looked upon with suspicion. It is also being felt that a conspiracy can even be hatched to ban Islam altogether. Though it hasn't been done in any Western country so far, such reports are emerging from Angola, one of the UK's “high level prosperity partners” in Africa, where the government is said to have started the process of banning all non-Christian minority faiths. However, Angola, which got freedom from Portugal in 1975, is calling it a step in consonance with its constitution and penal laws. According to Angolan law, any religious group or community should have at least more than a hundred thousand followers and a presence in 12 out of 18 provinces of Angola to gain legal status, giving them the right to construct schools and places of worship. However, there are only Ninety thousand Muslims among Angola's population of about 18 million.

In the garb of above laws, Islam and related buildings especially mosques and educational institutions are being targeted. Even though the government began shutting mosques in 2010, eight mosques have been reportedly shut down in past two years. There are 78 mosques in Angola. Except the ones in the capital Luanda, all the mosques have been closed by the government saying that those managing the mosques don't have valid license. After a mosque is declared invalid, the Muslims managing that mosque are given 73 hours to dismantle it. However, after the deadline passes, the government machinery themselves either raze it to the ground or set it on fire. The protection of Angolan culture and Catholic values is being forwarded as another reason for justifying such actions against non-Christian religions.

This incident in Angola has ignited a debate as to whether it is fair to deny religious freedom to minorities in the name of cultural protection? Although there are several sects of Christians in Angola, the Catholics are in majority. While Protestants form about one-fourth of Angola's population, Muslims constitute a meager one percent of Angola's population. They are mostly foreigners, mainly from Western African countries. Most of the Muslims are Sunni Muslims. Foreign Christian missionaries are also very active in Angola. Prior to Angola's independence in 1975, missionaries had a major say in the country's affairs. However, they have grown weaker with time.

Angola is now in spotlight for being the first country where an attempt to “ban” a religion has been made. Reports suggest that Angolan government has also started work to 'ban' other outside religions and faiths in order to 'protect Angolan culture and Christian values'. According to Angola's Cultural Minister Rosa Cruz, the Justice and Human Rights Ministry of Angola has not given legal status to Islam, therefore all mosques will remain closed until the next order. Govt. sources justify the crackdown on mosques saying that the mosques don't follow the penal law of Angola. They claim that the mosques don't have valid license. But Islamic organizations active in Angola allege that the government has been giving step-motherly treatment to non-Christians since long. For instance, the government announced installation of air-conditioning systems in all religious places and institutions across the country. However, so far, AC systems have been installed only at 83 places, all of which are Churches or Christian institutions. Where, out of 194 applications by Muslims institutions, none of them has been provided AC system.

If a Muslim girl willingly wears traditional veil (hijab) in Angola, the nuns of the missionary schools don't allow them entry inside class. Christian missionaries consider veils against the Catholic culture. They do so notwithstanding the absence of any explicit written law prohibiting veil in Angola. The anti-Hijab people in Angola can be heard saying, “leave hijab or leave country”.

This anti-minority step by the Angolan government will provide strength to those who try to link Islam with terrorism. At the same time, it may lead to anger and frustration within the Muslim world. Moreover, the terror forces active within Islam have got another excuse out to carry their inhuman activities. This step by Angolan government can also have repercussions in those Muslim majority countries where Christians are a minority. Therefore, apart from Angola, any such action on the part of any country can be termed as an attempt to ignite communal violence. No country in this world should have a right to make laws to legally recognize or discard the religious belief of even the smallest of its minority.

Tanveer Jafri is a columnist based in India.He is related with hundreds of most popular daily news papers/portals in India and abroad. Jafri, Almost writes in the field of communal harmony, world peace, anti communalism, anti terrorism, national integration, national & international politics etc.He is a devoted social activist for world peace, unity, integrity & global brotherhood. Thousands articles of the author have been published in different newspapers, websites & newsportals throughout the world. He is also a receipent of so many awards in the field of Communal Harmony & other social activities. (Email : [email protected] )

A Distressful Experience with the Covid-19 Management/Contai...
8 minutes ago