Another Display Of Arrogance In Minister's Office 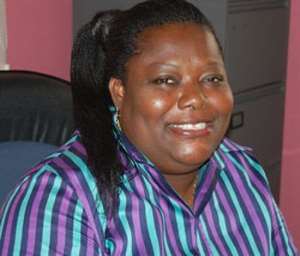 Women who seek the intervention of the Ministry of Gender, Children and Social Protection must think twice before taking the first leap.

Oye Lithur, the minister in charge, no longer suffers fools gladly as she used to do when she was engaged in non-governmental projects ostensibly fighting the cause of challenged women.

Today, it is a different kettle of fish and Oye Lithur, the pioneer minister of the renamed ministry, is no longer in a position to smile at challenged women or exchange pleasantries with her shabby dressed guests, regardless of their level of distress.

She was in full flight a couple of days ago, insults et al, when a woman she regarded as shabbily dressed turned up in her office upon an invitation from her.

In the case of the child of a depressed woman in the street and the resultant developments, the minister's reaction naturally made the headlines and attracted lavish discussions and condemnation.

This presupposes that financially challenged women, society's most vulnerable, must look elsewhere for state support, if they do not dress opulently.

Nana Oye Lithur's tough dress code is expensive, and beyond the ability of the ordinary woman.

It is an unwritten code and woe betides any woman who breaches it knowingly or otherwise.

It does not matter whether those appearing before her are doing so due to the challenges of womanhood; they must observe an unwritten dress code or risk being sacked harshly and even given a ministerial 'shut up' when they attempt talking back.

For a woman whose personal values and ethos have metamorphosed since she assumed the juicy office of a minister, her treatment of a Good Samaritan, in whose custody the child of the depressed woman was entrusted, was anything but decent.

Now a minister, she has turned her back against her position in her regular column in a state newspaper that celebrated the freedom of women.

For her, the freedom of women includes the right to dress as they wish- semi-naked or otherwise.

That no longer holds and those who must come to her office, heavy laden with challenges of womanhood, must dress properly.

Though we do not know the details of the unwritten dress code, suffice it to point out that those whose dressings are not commensurate with the Oye Lithur standards would not be allowed into the minister's office, let alone have their stories or predicament heard and addressed.

Screaming and insulting a woman who, by Oye's standards, dressed shabbily before showing up before a minister is another evidence of the hubris now commonplace among the incumbent political establishment.

The kind of tongue-lashing Nana Oye unleashed on the Good Samaritan and other instances of arrogance by government appointees in recent times would alienate those at the helm from the people they are supposed to serve irredeemably, if they are sustained.