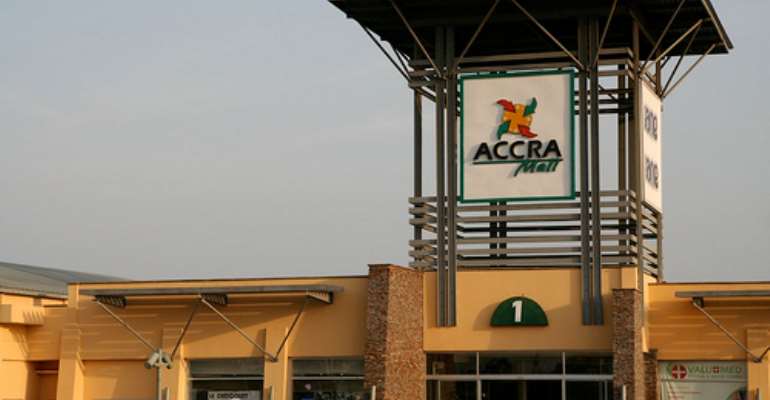 Exports of goods and services from South Africa into Ghana have grown from about US$138 million in 2010 to US$516 million in 2012.

Products such as vehicles, machinery, mechanical appliances; electrical equipment, base metals, aircraft, vessels and associated products have contributed to the increased exports to Ghana.

At the moment, Ghana is currently ranked 7th in attracting Foreign Direct Investments (FDI) according to the World Investment Report and is 2nd only to South Africa and Nigeria.

Foreign Direct Investments accounts to 11 per cent of Gross Domestic Product (GDP) and the country is nursing bold ambitions to position itself, not just as a destination to do business but as the hub for business for West Africa.

Chief Executive Officer of GIPC , Mrs Mawuena Trebarh, in a recent visit to South Africa disclosed to 'Beyond Markets' on CNBS Africa that:

'Ghana is taking a strategic view of investment opportunities with a focus on strategic investors who can support a long term development agenda. We are looking very much at creating legislative and regulatory framework that engenders that and there is a lot of open discussion about our law around investment promotion that is currently under review,' according to Vibe Ghana report.

The news is simple, South Africans are pouring into Ghana, one of the world's best performing economies growing at about 14.4 per cent in 2011.

For the casual observer, just take a stroll through any town in Ghana and it will be impossible to miss a South African presence. There are Engen garages, Stanbic branches and ATMs in all the major towns and MTN signs are as ubiquitous as Coca-Cola.

According to the Mail and Guradian Magazine, the 21000m2 Accra Mall, which was sold by private equity group Actis to the Pretoria-based Atterbury Property Group for US$65-million (for an 85% share), would not look out of place in Centurion or Sandton.

Three of the biggest tenants in the mall are Game, Mr Price and a Shoprite that stocks a range of South African products at prices that would not seem out of place in some of the more expensive European capitals.

For South African expats, Shoprite is the go-to store for Five Roses, boerewors and Cape wines, not to mention the latest issue of Huisgenoot and other South African magazines. Nearby are a Woolworths and the head offices of Gold Fields and AngloGold Ashanti.

The Accra Mall was opened in 2008 fully let and now attracts 138 000 shoppers a week, according to Actis head of real estate David Morley. "The development of the Accra Mall came at a time when Ghanaians still sourced even basic goods from London and Johannesburg. Now they can buy products locally with pride."

The return on investment is higher than can be achieved in South Africa and is dollar based. "That's a double whammy. The return has to be higher for the assumed risk, although I think risk in South Africa is currently higher [than in Ghana]," he says.

Tiger economy
Another South African icon flying the flag in Ghana is MTN, which recently announced its Ghanaian subscriber base had passed the 12-million mark. This is roughly half the 21-million subscribers it has in South Africa and makes it far and away the largest cellphone network in Ghana. It grew its Ghana base by 4.8 per cent in the September 2012 quarter, despite the entry of Nigerian competitor Glo, which has signed up close to two million customers since its launch in April last year.

The speed with which South Africans have moved into the Ghanaian economy is startling. Before 1990, the only South Africans in Ghana were ANC exiles and a smattering of students at the University of Ghana in Accra.

As the apartheid edifice crumbled, a few trade missions were despatched from Johannesburg to feel out the West African market. The initial response was lukewarm. Although Ghana was the first African country to achieve independence from a colonial power in 1957, it has had several military coups since then, shrouding it in an air of instability.

Its first democratically elected leader, Kwame Nkrumah, was deposed in a coup in 1966. Several coups followed the last by Flight Lieutenant Jerry Rawlings, who stepped down from the presidency in 2001 to make way for multiparty democratic elections.

Mining companies
Group Five, WBHO, Kruger Brent Security, Africa Mining Services, Moolmans and a host of other companies have pitched their tents alongside the big mining houses. Ghana now accounts for a substantial and growing share of non-South African revenue for both Group Five and WBHO.

Mining is the lifeblood of the Ghanaian economy, and it is in this sector that South Africans reign supreme. AngloGold Ashanti's two Ghanaian mines, Obuasi and Iduapriem, produced 512000 ounces of gold in 2011, equivalent to 11.8 per cent of total group output

In 2011, Gold Fields' Tarkwa mine in western Ghana produced 717000 ounces of gold, nearly double that of the previous year. This figure should reach nearly one million ounces in the next few years as its smaller Damang mine starts to benefit from the opening of new pits. That is equivalent to nearly a quarter of Gold Fields' total worldwide output.

But another factor is at play. Ghana is a largely cash-based economy, and that inoculated it against the financial chokehold that has Europe and North America in a death grip. Another factor undoubtedly working in its favour is its political stability and a business-friendly environment.