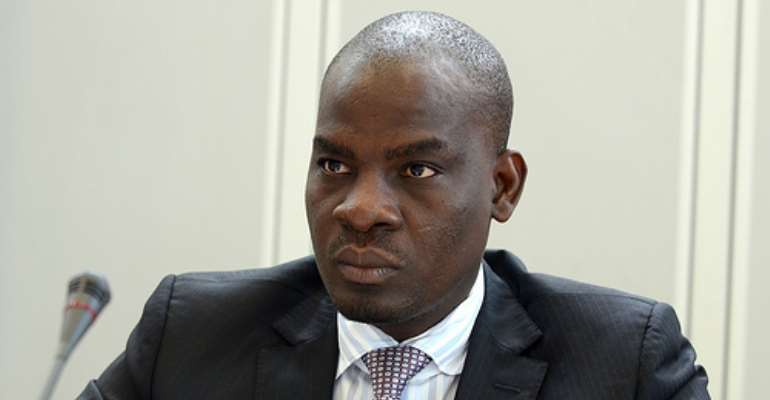 The government has committed itself to use the Export Development, Agricultural and Industrial Fund (EDAIF) to accelerate the growth of the non-traditional export sub-sector to enable it play a more meaningful role in the expansion of the economy.

It is also intended to give the needed support to the manufacturing sector and expand the resource envelope.

The Minister of Trade and Industry, Mr Haruna Iddrisu, said this at a stakeholders' meeting to discuss the new EDAIF Bill.

The government, through the Ministry of Trade and Industry, has put together a technical committee to review the law in order to define and crystallise the policy and legislative changes needed to make the fund more responsive to the requirements of the private sector in general and the export sector in particular.

The final report from the committee will inform government on optimal capitalisation and utilisation of the fund especially to provide support for the growth of the non-traditional export sector.

It is also to help enhance foreign exchange generation through exports; support the growth of identifiable manufacturing companies with growth potential for targeted, specialised incentives and support, as part of the industrialisation drive.

The Export Development and Agricultural Investment Fund (EDAIF), an agency of the Ministry of Trade and Industry was established by Act 582 dated October 4, 2000 to provide financial resources for the development and promotion of the export trade of Ghana.

The proposed revised bill is expected to include the following among others: expand resource envelope of EDAIF to include equity financing, support manufacturing sector and start-ups; facilitate acquisition and adoption of appropriate technology and innovative practices to enhance productivity and promote industrial development.

Sources of funding
Funding for EDAIF's operations is drawn from 10 per cent of the net proceeds obtained from divestiture carried out by the Divestiture Implementation Committee; 0.5 per cent levy on the dutiable value of imports of non-petroleum products; and; any other money as the minister of Finance in consultation with the Minister of Trade and Industry with parliament's approval may determine to be paid into the fund.

Projects
EDAIF has partnered some organisations such as the Adventist Development and Relief Agency, (ADRA Ghana) to provide technical support for its mango project in the Savannah Zone.

The partnership is expected to help promote large-scale farming in the assigned areas, comprising the northern part of Volta Region, Brong Ahafo, Upper East, Upper West and the Northern Region.

Already, EDAIF is reported to have invested more than GH¢11.7 million in the mango project and its goal is to ensure that a total of 20,000 acres of mango plantations are cultivated by 2013.

The agreement, which has presently gone bad, would have ensured a ready foreign market for Ghanaian farmers and was also expected to generate total revenue of GH¢46 million by 2013 and increase to about GH¢184.2 million by the close of the project in 2017.

Mr Iddrisu also proposed the need to consider increasing the margin of inflows to the fund by raising the current export levy of 0.5 to 0.75 and using part of the fund from the current Destination Inspection Companies Levy.

Short to long-term borrowing
The Minister of Finance, Mr Seth Tekper in his statement, referred to the current government initiative of moving from short to long-term borrowing for infrastructurel development through the issuance of five and seven-year bonds to facilitate private sector development and indicated that it is in line with current EDAIF review initiative.

According to him, there seem to be no or little synergy among public financial intermediaries such as EXIM Guarantee, Venture Capital Trust Fund and EDAIF.

He indicated, for example that, EDAIF could take a stake in the Venture Capital Trust Fund. Alternatively, there is also the feasibility for these institutions to come together to establish an Export Import (EXIM) Bank.

Mr Tekper was of the opinion that EDAIF in collaboration with Venture Capital and Exim Guarantee could become a development bank to support the private sector and priority sectors of the economy.

The Minister of Food & Agriculture Clement Kofi Humado, made two critical suggestions stressing the need to make a provision in the bill to indicate proportions of the fund for each sector and specific roles that should be assigned to MOFA in the screening of applicants prior to approval.

The Attorney General and Minister of Justice, Mrs Marietta Brew Appiah-Oppong, indicated the importance of a due diligence committee to the success of the fund.

Recommendations
The stakeholders recommended the following as critical inputs to be considered for the future of EDAIF: That there was the need to expand the scope of EDAIF Bill to involve critical sectors of the economy; diversify the sources of funding especially the feasibility of issuing bonds in the market; build appropriate synergies between EDAIF, Venture Capital, and various Exim Guarantees to create an Exim/Development Bank; Equity funding through approved equity fund managers. GB