What If Ibori Die Today? 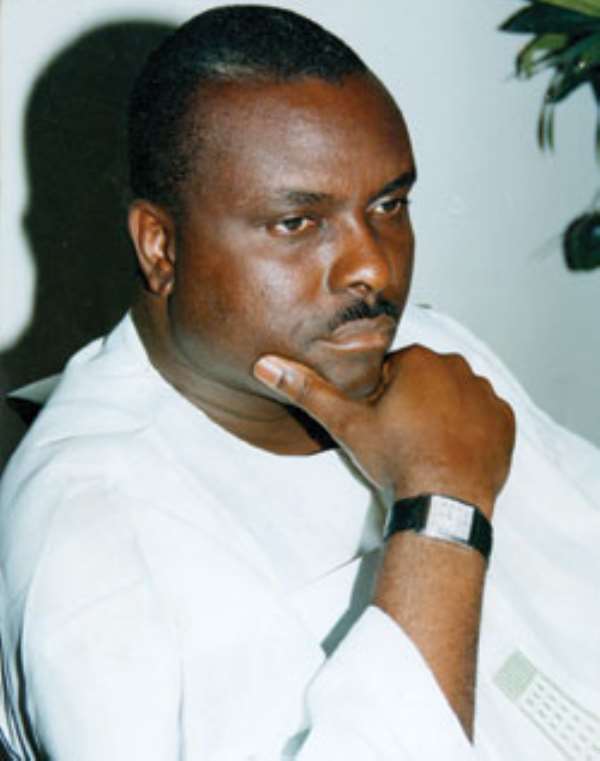 Some things you must always be unable to bear. Some things you must never stop refusing to bear. Injustice and outrage and dishonor and shame, no matter how young you are or how old you have got. Not for kudos and not for cash: your picture in the paper not money in the back either. Just refuse to bear them.--William Faulkner

On the 5th of August 2006, political bigwigs in Delta State and beyond gathered in the popular town of Oghara, Ethiope West Local Government Area of Delta State, to celebrate with a Governor. Seven years after, reports emanating from same local government after enquiries to know if same celebration took place had it that it was celebrated in low keys with only seven traditional rulers in attendance and no dignitaries in attendance. Truly, Power is transient and evanescent. Quickly I began to search my archives to look for any write up done on any national newspaper on him and luckily enough, I got exactly what I wanted, written by a Journalist, Pedro Marvin. I will reproduce it below.

Like a dwindling star, strongman of Delta State politics has been tucked and forgotten in faraway London. The closest event to remembering if such a man ever lived on this earth, commanding power was his fifty fifth year birthday held on August 5th this year. His last year birthday was unable to hold due to some circumstances. The apostolic truth and veracity is that whether the current political leaders hovering over Delta State, claiming to be demi - gods, and strutting the political arena like it or not, the main political power broker remains the forgotten Chief James Onanefe Ibori, a man of style who prefers his tongue twisting title "Odidigborigbo of Africa".

Never one to move a case in support of corruption, but where injustice is used in meting out punishment for a particular individual, leaving other fellows who have committed same offence to go Scot free, blasting our ears with blaring sirens, it calls for a pondering moment and a big question. I have been among those who advocated for his criminal trials in the past, calling for his head alongside other looters for daring to loot our collective treasury. Unfortunately, he alone is paying the price of sins. This is where the Ibori story begins.

As much as the media derives joy in using Ibori's name to sell their papers and airtime, by painting him as a demon whose only past time is to milk Nigeria, I beg to differ as one of such Journalists who will rob Peter to pay Paul. Be it known today, that the Ibori we see today, one day, we will see no more and once again, the press will smile to the banks.

The Goodluck Jonathan administration with the connivance of Delta State Leaders and stakeholders forum led by his kinsman, Elder Edwin Clark, a man who I acknowledge to abhor corruption has succeeded in caging Ibori, clipping his high flying political wings, but have not succeeded in caging the spirit of the man they love to hate and hate to love. The men who feel his presence causes them nightmares are only waiting for one thing; kill his spirit, and with this achieve, the mortal body will die. Now the million dollar question is what if Ibori die today?

I can bet my enemies lives on it, that if Ibori dies today, President Jonathan will be among the first caller to his country home, by sending representatives, to condole them. Next he will order his media special assistants to issue a condolence message letter to the family, signed personally by him.

And the big one, place condolence advertorials in about five national dallies, five national weekly newspapers and magazine and national monthly newspapers and magazines, all with tax payers money which will be valued at #100 million. With a fine copy write done probably by Insight Communication or Centre Spread advertising media house, it may read "A star goeth forth from reach.

The president of the Federal Republic of Nigeria and countrymen weep with the Ibori's family in their dark hour on the death of a political pillar". To crown it all, the Edwin Clark elders group, will place another advertorial with the caption 'We lost a gem and trailblazer, especially now that we need him the most". We are a country who hunt our opponent yet grant various interviews and reeling it with, "when we need him to the most".

Even the EFCC who are waiting like hungry dogs to hunt him once he comes back will clear him of all corruption charges, his files with them torn and like their principal, Goodluck Jonathan, send a secret condolence message. A country called Nigeria, where preference is her second name to send Ibori to jail in London, where DSP Alamasiegha has been pardoned, Peter Odili, Chimaroke Nnamani, Orji Kalu and a host of others are walking free is an indictment on the Federal Government. Ibori's incarceration is nothing but a political witchcraft by the powers that be, which fear his towering political heights and thought that the only way to cut him down from his Olympian height, is to jail him in a foreign land.

I make bold to say that the Delta State governor, Emmanuel Uduaghan has not done good by allowing his cousin and benefactor to remain in prison when he could have used his position to negotiate with the presidency to allow Ibori to be tried in Nigeria. That the politics in Delta State is peaceful can be attributed to Ibori who followed his party zoning system by handing power to Delta South.

Unfortunately for Delta, especially the Urhobos, Ibori's imprisonment is their political bondage, as they have lost momentarily a man who gave them a place in the ever changing socio political theatre of Nigeria. Today, the loser is obvious - the Urhobos, whom Mr. Goodluck has not considered fit to hold any ministerial position.

Yes, Ibori may have committed all the sins leveled against him, but it is more sinful to allow Ibori rot in a foreign prison, over allegations that are becoming mysterious overtime. The $15 million bribe has been claimed not be Ibori's own, as Andy Uba and cohorts claim. This is enough reason to jail them; rather, Andy is touring the state of Anambra, seeking for their votes in the 2014 Anambra gubernatorial election. Allowing Ibori to continue to undergo such trauma in a foreign prison smack of post colonial mentality. How many of the Pfizers, Siemens and Halliburtons suspects who have eventually been found guilty in Nigeria are serving their jail terms in this country and yet the crime was committed in Nigeria. Ibori so called crimes were committed in the shores of this country and thus should have been sentenced in Nigeria.

He may have offended his kinsmen by inflicting a mortal injury on them, for supporting his Itsekiri cousin, Emmanuel Uduaghan and eventually making him the governor against his people's desire. But the deed is done and should be forgotten. They must not allow him die in jail, or so traumatized that when he gets back home, he gets incapacitated.

He is a victim of power play; a man with ambition to become a mere vice president, an act Goodluck Jonathan considers national sabotage. But what kind of man exists without ambition? It is not too late for the presidency to take care of Ibori and ensure that he is brought back home, safe and alive. Any act contrary to this the Urhobos I know will cry foul, and though they may have submitted the petition that nailed him, their next action may just be unpredictable. What if Ibori die today?

The Urhobo nation led by the apex body, Urhobo Progressive Union(UPU) will announce a twenty one days burial ceremony programmes, organize a eulogy night for a man they personally sacrifice on the alter of self pride. Visits to Delta State will leave no one in doubt that where the ex-governor is a construction giant, a masses oriented governor and elites delight, the current governor, Uduaghan will take over twenty years to achieve the developmental stride of his predecessor. What if Ibori die today?

The media once again as it was with his imprisonment be the beneficiary as they will smile to the banks through advert and sales. This is what each newspaper headline may look like.

In life and death, Ibori remains an agenda and it is on this that Nigeria must bring him back alive, irrespective of the corruption toga. As he reflects on his life in prison, I join a million over the world to wish him a happy birthday. Let him who has not sinned cast the first stone.

These little things matter.
Fejiro Oliver, a journalist can be reached on [email protected]