Graduate Unemployment In Ghana: Who Is To Blame? 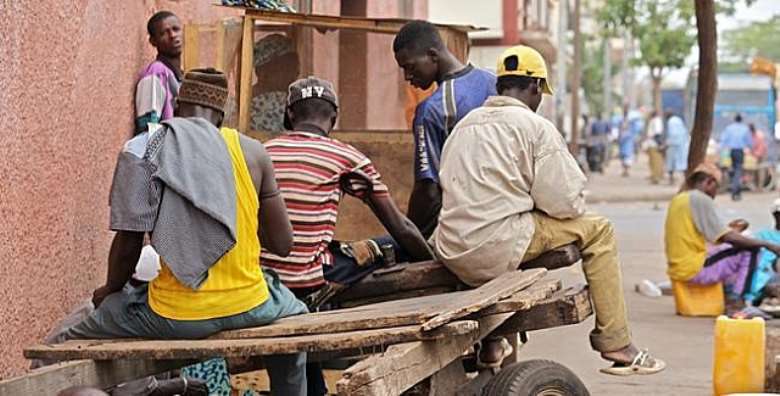 Most governments want to ensure the production of a well-educated, skilled and informed population. A population that is capable of utilising its knowledge and skills to transform the key sectors of the economy for wealth creation and poverty reduction is most desirable.

A good number of countries are implementing various interventions to improve the quality of education.

To achieve the rational for good education, most countries have instituted several education policies at the basic school level through to the tertiary level. Individuals acquire knowledge and skills through basic and higher education, including technical and vocational training, in order to become more competitive in the labour market and also have a chance of being gainfully employed.

Employment is not only about earning an income. It promotes dignity, independence, achievement and innovation. In addition, it aids to reduce social problems such as poverty, crime, violence, loss of morale and social degradation. A well-developed country provides majority of its citizens the opportunity to work and make productive contributions to the economy.

Graduate Unemployment
Among the large pool of the unemployed in Ghana are graduates from the universities and other tertiary institutions. University graduates are unable to secure jobs after successfully completing their courses.

It is generally expected that unemployment rate decreases with the level of education. However, in Ghana, well-educated groups are faced with high unemployment.

Graduate unemployment has been a national issue in many countries across the globe, particularly in developing economies. More graduates are being produced and they enter the job market as new job seekers each year. However, transition from school to work is more often than not unsuccessful since most people end up either underemployed or unemployed.

Many graduates have become desperate and are willing to accept relatively lower-paying jobs to earn a living. There are a lot of qualified graduates, some even with work experience, who are jobless and if action is not taken, it can have negative effects on the country.

Consequences of Graduate Unemployment
Unemployment does not only represent foregone output and waste of potentially productive resources but also has a negative effect on future output. Unemployment imposes heavy social and economic costs which result in loss of opportunities for economic growth, reduction in the tax base which threatens investment in infrastructure, unutilised investment in education and potentially social instability and conflict. Inadequate jobs for university graduates have also fuelled the brain drain.

Graduates migrate within countries and across international borders in search of a better standard of living and quality of life, higher salaries, access to advanced technology and more stable political conditions in different places worldwide. Young, well-educated, healthy individuals migrate, especially in search of higher education and economic improvement.

The existence of disparities in working conditions between rich and poor countries has offered a greater 'pull' towards the more developed countries. In most cases, the country does not only lose its investment in the education of the graduates, but also the contribution of these graduates to the development of the economy in general.

The frustration that comes with graduate unemployment leaves individuals blaming the government for the situation, although so many factors come together to nurture this societal menace.

The individual, the private sector and the government all have a role to play for the seriousness of the situation.

Why are Graduates Unemployed?
There are fewer job openings relative to the vast number of students who graduate from the various tertiary institutions in the country. One root cause of the current graduate unemployment problem is the mismatch between the supply (by schools) and the demand in the labour market. The skills and experience that employers require are quite different from what jobseekers possess.

It is, therefore, risky for employers to employ unskilled and inexperienced jobseekers.

However, we could also attribute the unemployment problem to the following:

Expansion of the education system to produce growing numbers of graduates without simultaneous economic growth to provide employment for them: Most universities have virtually ignored giving training in entrepreneurship and innovation to equip students for self employment; therefore most graduates have tended to be jobseekers rather than job creators.

Inadequate career counselling and guidance for students: Mismatch between the expectations of graduates (to get stable, high-paying jobs in the formal sector) and what is available in the market. Most of the time, the types of jobs which graduates consider appropriate for their status are not available, hence the large pool of unemployed graduates in the country.

High entry-level wage quotations by fresh graduate jobseekers: Employers consider entry-level wages to be rather high relative to the risk of hiring these inexperienced workers.

Poor conditions for economic growth and job creation: The private sector has been the major driver of our economy, yet an enabling business environment does not exist for the private sector to thrive in order to create more employment opportunities.

Recommendations
We recommend that faculties in Ghanaian public universities, individual instructors and departments come up with a long-term strategy that links school curriculum to the demands of the labour market.

Higher education systems should be re-examined with a special focus on improving quality, not just the quantity of graduates.

Universities should include career guidance and vocational opportunities in the broader educational policies. They should provide technical, vocational and more practically oriented courses needed by the labour market. By so doing, graduates will be more attractive to the labour market.

Firms should be willing to provide on-the-job training programmes for newly employed graduates to help them master the employment opportunities created for them.

The private sector, seen as the engine of growth, should be given the needed enabling business environment to create more jobs for the teeming crowd of graduates seeking employment opportunities and boost economic growth as well.

The co- authors are oficials of the Institute of Economic Affairs

Latest Photo Reports
Catch up with all the political quotes from our politicians.
Advertise here
More Opinion
ModernGhana Links
Nurses should break the frontiers to change the Professional Status Quo
Consequences of uncontrolled distribution of humanitarian and military aid in Ukraine
Religious profanity versus civility
The Right Political Choice And Trajectory For Ijaw Nation
Protecting Migratory Birds in Africa
The Train Is Coming - Part 2
Manasseh should render an unqualified apology to President Mahama on the Ford saga
Togbiga Wenya, the Leader and Ruler of Dogbos before Sri was born. And other matters
What Is This Animal Called?
TOP STORIES