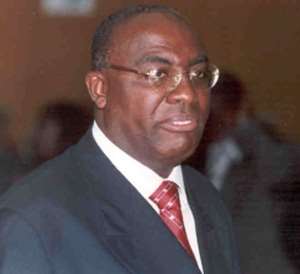 Members of Parliament are at a loss as to why Members of the Council of State, appointed by the President have always escaped public grilling by the Appointments Committee, when the laws of the land say otherwise.

According to the Members, since no appointee by the President is superior to the other, it was time the provisions of the law were fully respected.

Member of Parliament for Sekondi, Papa Owusu Ankomah, who found the situation strange, brought the matter up for deliberations by the House, moments after the Speaker had communicated to Members about two nominees appointed by the President to serve as Members of the Council of State.

Papa Ankomah, in raising the issue quoted Order 172(2) of the Standing Orders of the House to support his argument. “Mr. Speaker, since I entered into Parliament in 1997, no formal process has been put in place,” he noted.

Order 172(2) of the Standing Orders of the House envisages that “It shall be the duty of the Committee to recommend to Parliament for approval or otherwise persons nominated by the President for appointment as Ministers of State, Deputy Ministers, Members of the Council of State, the Chief Justice and other Justices of the Supreme Court, and such other persons specified under the Constitution or under any other enactment.

Contributing to the matter, the Majority Leader, Dr. Benjamin Kunbuor said the issue raised by the MP for Sekondi required that the House do a bit more of a closer reading and interpretation, taking into account the Standing Orders and the Constitution.

“In situations where appointments are to be made with the advice of a particular institution, then it has to be in relation to consultation, it becomes a bit dicey. Now, when you see appointments that have been used where it goes together with prior approval, then that puts us in a completely different category. So, I am not sure we can use it in an unmodified form, the way Order 172(2) to address this issue on the Council of State,” argued Dr. Kunbuor.

MP for Tamale South, Haruna Iddrisu in contributing on the matter suggested that the a committee chaired by the Speaker with two members; the Majority and Minority leaders be set up to further deliberate on the issue and advice the President as such.

Alban Bagbin, MP for Nadowli/Kaleo, contributing on the matter, suggested to the House to mandate the Appointments Committee to come out with a different way of handling the case. His suggestion was supported by the Minority Leader, Osei Kyei-Mensah-Bonsu.

The Speaker, Rt. Hon. Edward Doe Adjaho, having listened to the various suggestions proffered by the Members, directed that “any Member who has any objection against the named appointees should channel their grievances to the Clerk to Parliament,” latest by Tuesday, February 26, 2013.