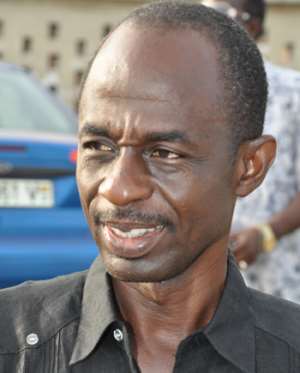 Every court case has its sideshow and fanfare and no doubt the case brought by the NPP before the Supreme Court is no exception. Even though after each sitting, Lawyers on both sides brief the media in a largely professional manner, this has not stopped the party people from putting their own spin on proceedings.

The latest such spin is the one by Mr Asiedu Nketia (General Mosquito) reported on Peace FM News on the evening of 29th January.

He sought to explain the Petitioners opposition to the Respondents' request for 'better and further particulars' in terms of the sale and purchase of oranges.

Is this analogy really applicable to the case in hand? First of all, in Asiedu Nketia's analogy, there would always be 'one copy' of these rotten oranges. Once the oranges are exchanged during the sale, they would be in the possession of the buyer. Hence the buyer ought to supply the rotten oranges in that instance. Is this the same as Polling Station Declaration Sheets, whose originals the EC hold and the political parties only hold duplicates?

In this instance, the evidence can come from any of the parties if they have retained their copies. For the EC even, it is a statutory requirement for them to retain the records for a certain minimum time in anticipation of potential electoral disputes. Incidentally the same EC in their response refuted the NPP claims.

How were they able to confidently do this, if not from the originals of the declaration sheets they hold? The EC would have had a bit of a case if it had requested the information ahead of filing their response.

I think that one way of defending a case may be to tender any strong incontrovertible evidence that you hold to counter that of the accuser and fear nothing that the accuser might bring against you.

What I mean here is that if the EC has the originals of the declarations, and believes that nothing as alleged happened, it can tender them during the trial to back its stance, irrespective of what the Petitioners may bring.

I concede the fact that it is their right also to ask the accuser to prove, but is there not a time for evidence to be exchanged between all parties during the pre-trial stage?

I have never been involved in a court case in Ghana before but I have once been a Respondent in a case in the UK. During that trial, the advice I received from my legal representatives was to address the other side's issues as briefly as I could through an affidavit without necessarily given much away. However, the trial Judge ordered us to jointly prepare what they term a 'trial bundle' in which each side had to put the evidence on which it was going to rely. We were ordered to let each side and the Court have a copy of this bundle two days before the trial.

The Plaintiff's representatives had the responsibility of putting together the bundle and in the days leading to the trial, all that happened between us was to agree on the numbering of the contents and our side forwarding copies of our evidence.

This happened without our side seeing all the evidence of the other side. It was only after the bundle had been filed at the court that we saw fully what they were going to rely on and it was at very short notice indeed. However, since our counter evidence was strong, we prevailed in the said matter.

Are trial procedures different in Ghana such that the Supreme Court, in the interest of fairness, cannot ask all the parties to file their evidence at a set time and date for them to be exchanged? It is still intriguing as to how the Supreme Court Justices will rule on this one.

Coming back to the subject of the article, General Mosquito ought to search for a better analogy next time. I will suggest one that I thought of and maybe readers can also join in. Suppose I borrowed money from someone and that someone wrote a receipt to cover that amount.

He gave me and some other witnesses around at the time duplicates of the receipt and kept the original.

If later the amount borrowed is in dispute, and to avoid any opportunity for evidence tampering, would it be wrong for me to ask that we each bring our receipts (i.e. the original and the duplicate) at the same time before an adjudicating third party? I do not think I would be wrong in this regard but what do you think?

More interesting times ahead in Ghana! I pray to God that it all ends peacefully.