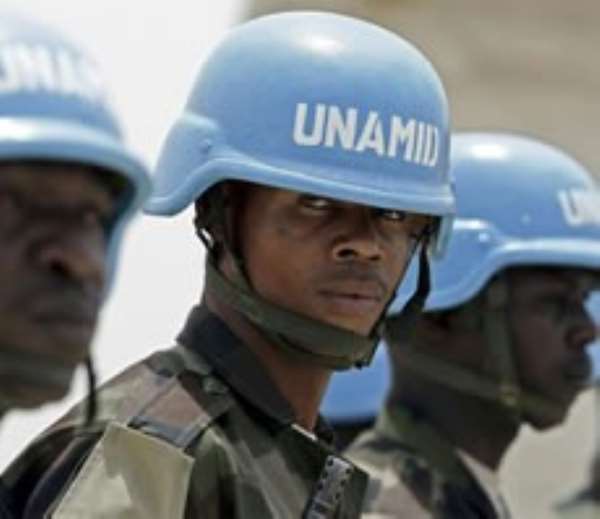 The Ghana Armed Forces (GAF) is waiting for the green light from ECOWAS to send 120 soldiers to the besieged nation of Mali.

Mainly construction engineers, the Ghanaian soldiers will provide support services in the form of provision of electricity and construction of camps and fences for security buildings, among others.

Currently, Chiefs of the Defence Staff of various ECOWAS countries are attending their monthly review meeting in Mali and are expected to advise ECOWAS on when the Ghanaians will be in Mali.

Speaking to the Daily Graphic, the Director of Public Affairs of the GAF, Colonel Mbawine Atintande, said already the troops had been trained and provided with adequate resources.

Most parts of Mali have been captured by the Movement for Oneness and Jihad in West Africa, an offshoot of al-Qaeda in the Islamic Maghreb (AQIM). The threat posed by the Islamists has been transformed by weapons from Libya after the fall of Col Gathafi.

The United Nations (UN), at an emergency Security Council meeting, called for the rapid deployment of an Africa-led international force to Mali, a move which is in line with an ECOWAS decision.

In response to the directive and plea from the Malian authorities, French troops, as well as soldiers from Nigeria and Senegal, landed in Mali last week.

Already, French forces have bombed rebel bases in Mali, where Islamist rebels have threatened to advance on the capital Bamako from their stronghold in the north.

According to Col Atintande, the period of stay for the Ghanaian troops would be determined by the situation in Mali and ECOWAS, but added that as usual they would be on a six-month rotation.

France said it had decided to act to stop the offensive, which could create "a terrorist state at the doorstep of France and Europe".

However, speaking at a press conference, the army official refused to give details of France's activities.

Islamist fighters linked to al-Qaeda have taken control of the ancient town in northern Mali, Timbuktu, and other major towns in the country, forcing a large number of people to seek refuge in Bamako.

Bagbin 'rode on NDC's back' to be Speaker for 'own parochial...
6 minutes ago