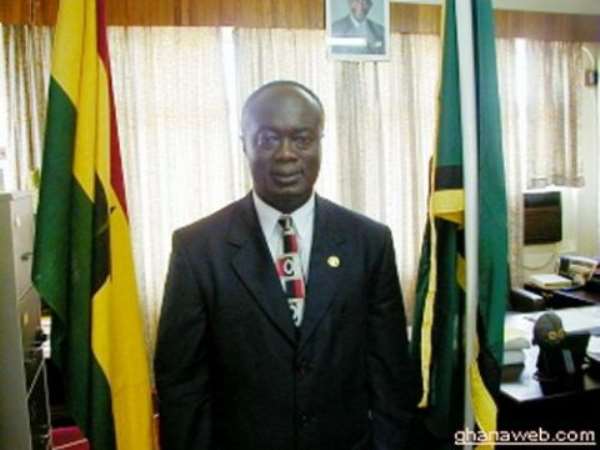 First it was members of his Assembly who passed a vote of no confidence in him, now the very people he works on daily basis with are also cursing their stars. They just cannot cope any longer with his style of administration characterized by nepotism, conflict of interest and lack of transparency.This is the Chief Executive of the Kumasi Metropolitan Assembly, Mr. sometimes referred to as, Honourable Kofi Jumah (pictured).

Today, with the benefit of hindsight disaffected staff and many people in the metropolis have concluded that compared with his predecessor, Okumkom Nana Akwasi Agyeman was an angel; his administration was at least, better than what they are being fed. According to some fear gripped workers who would talk to the Network Herald only on conditions of strict anonymity, the modus operandi of Mr. Jumah is such that only his favourites are beneficiaries of logistics at the disposal of the assembly.

They demonstrated with examples how his unorthodox approach has emboldened his favourites to embark on unfair distribution of the scanty resources among various departments and personnel of the Assembly. The result is low morale and a silent wish that the appointing authorities bring him to book. The workers cited the case of the Assembly’s Director of Finance Mr. Edward Boateng whose refusal to kowtow to unjustifiable demands of Mr. Jumah to grant employment to his cronies has resulted in his transfer.

It started with the Chief Executive, suspending and locking up the offices of the Personnel Director and the finally giving him his transfer notice to the Kumasi regional administration office after he had been recalled. Even close sources to the KMA boss had their complaints. They fault their boss of personally involving himself in the sale of newly constructed shops by the assembly that they contend is not transparent. They questioned how such an exercise could have been undertaken without any information to the public to that effect either by advertisement in the media or through massive public announcements. “Instead they are sold without the knowledge of even officials at the KMA.”

Meanwhile the Estate Officer whose duty it is to handle the sale of the shops and other estates of the Assembly has instead been sidelined. The workers also lamented how one of the three official vehicles allocated the Assembly’s engineering division has been commandeered by a relation of the Chief Executive whose schedule has not been disclosed to any member of staff. “Nobody seems to know what he does, I have tried to find out but nobody was able to tell me what he does,” was all one aggrieved member of staff could offer.

To rub some more salt into fresh wounds, the Chief Executive has cancelled the three gallons per week fuel allocation to senior staff, especially when it was initiated by the much-maligned Okumkom. This denial has to all intends and purposes, affected officials at the Inspection and City Engineers Department otherwise use their own money to fuel their vehicles to perform official duties.”We have to go the field to supervise or inspect projects being undertaken by the assembly with our own monies and there is no means of reclaiming our money. Most of my colleagues have as a result developed a lackadaisical attitude to work,” a quantity surveyor lamented.

The workers smell a rat and question the motive behind this directive, which they say reflect double standards. They contend that evidence at their disposal that the Assembly fuels and maintains the vehicle being used by the supposed relation whose only position is to be called “doctor” dismantles the CEO’s assertion that the denial of fuel to the senior officers is to cut down expenditure.