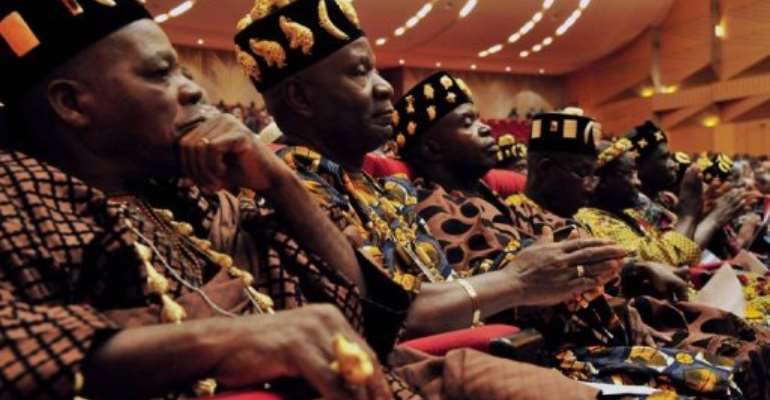 West African leaders meet in the Ivory Coast capital in a bid to end the crisis in Mali. By Issouf Sanogo (AFP)

YAMOUSSOUKRO (AFP) - West African leaders met in the Ivory Coast capital Friday in a bid to end the crisis in Mali, as Islamist rebel groups which have seized the north of the country strengthened their hold.

The summit of the Economic Community of West African States should lead to "additional measures to prevent matters in Mali becoming bogged down," said Ivory Coast President Alassane Ouattara, the current head of ECOWAS.

On the agenda were negotiations under way with the rebel groups who took control of northern Mali in March in the wake of a military coup in Bamako and the possible despatch of an ECOWAS force to the region.

The meeting comes after defeats for the secular separatist Tuareg National Movement for the Liberation of Azawad (MNLA) at the hands of the Islamist Ansar Dine in Timbuktu and of the Movement for Oneness and Jihad in West Africa (MUJAO) in the city of Gao.

MUJAO is an offshoot of Al-Qaeda in the Islamic Maghreb (AQIM), which also has fighters in northern Mali, alarming regional and Western powers.

The events "confirm the hold that terrorist groups have on Mali's north, which worsens the humanitarian position of local people," said Said Djinnit, United Nations representative for West Africa.

He called for humanitarian aid to be at the centre of talks between ECOWAS and the rebel groups and stressed the central role of the transitional government in Bamako, which he said should be more representative.

An African diplomat said the summit was expected to back negotiation while confirming that a military option is no longer merely wishful thinking.

ECOWAS is redrafting plans to send some 3,300 troops to Mali, mainly from Nigeria, Senegal and Niger, but it needs international support, particularly logistic.

An initial project was considered too vague by the United Nations Security Council.

While Niger favours military action, mediators in Burkina Faso are trying to persuade Ansar Dine to cut ties with AQIM.

Algeria, the strongest country in the region militarily, has also called for a negotiated solution for Mali, where MUJAO kidnapped seven of its diplomats in Gao in April.

But Algiers is being increasingly pressured to take a stronger role, and will host Malian Foreign Minister Sadio Lamine Sow from Sunday, a diplomatic source said.

Algerian officials have already had talks with Mali's prime minister, Burkina Faso Foreign Minister Jibril Bassole and Tuareg representatives in recent days, as well as an envoy from Ouattara.

The Tuareg who launched the rebellion with an eye for independence of northern Mali, or Azawad, quickly fell out with the Islamists who wanted a state based on strict Islamic law, which they have already enforced.