A Letter to My Future Wife: If You Love Me, Love My Family 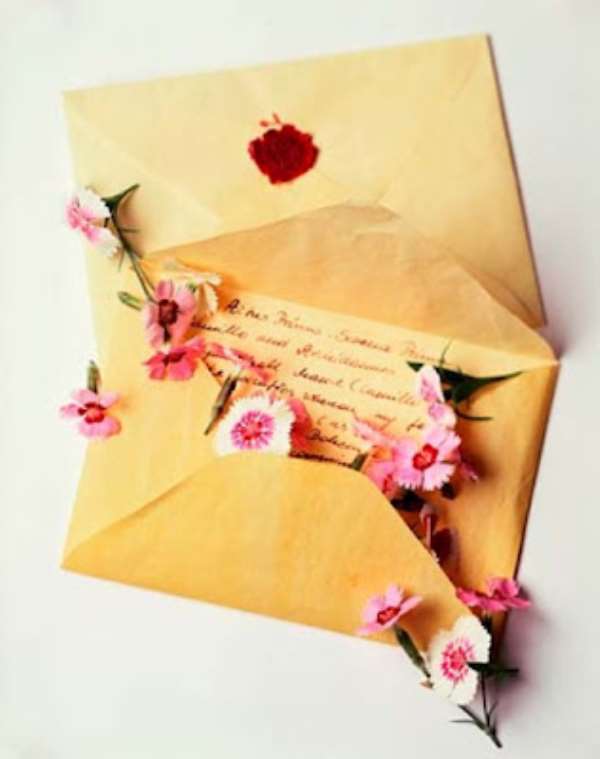 Dear Serwaa,
Do you know that marriage is not supposed to be an individual affair? It is not contracted by only the two lovebirds in question. It is a union between families, clans and ethnicities. It is an everlasting bond that goes beyond the husband and wife.

When our nation still had values, even long after the Whiteman came from across the ocean to tell us that we were not civilised enough, marriages were treated with the utmost importance they deserved.

It is for this reason that almost every local movie with love as its theme also has an element of conflict. In these overdramatized and over simplified conflicts and story lines, you find one party to the marriage vehemently kicking against it. It's either the rich family who would not want their son to marry a poor girl or vice versa. But the role of families in marriages was not that simple and wealth of the prospective spouse was the least of their worries.

Indeed, our movie writers, producers and directors seem to be getting that aspect wrong. I'm not that old but by virtue of the fact that I was born and bred in the rural area, where Ghanaians still have all their sanity intact, I have seen and heard a lot about how the role of the family helps in making marriages decent. And it is not always about money.

In such communities, there are marriage investigators whose expertise cannot be matched by the FBI or CIA. For the safety of their ward, they would dig into the archives of the home where their son or daughter is going.

The girl's grandmother's brother's great ancestor once stole “koobi” from a neighbour so that family's honesty is in question. The Man's grandfather was a wife beater and their daughter should not risk becoming a punching bag. Such investigations focussed on values such as honesty, hard work, and integrity. They also looked out for hereditary diseases, fertility and others. Who said our people were not wise?

But now, it is no long so. Marriages are contracted in streets, public toilets and on university campuses. The family's role comes in only when it is time for the funfair in churches. Is it then strange that we wake up daily to see the front pages of newspapers bleeding with spousal killings?

Serwaa, my insistence that you should respect my family, love them and treat them as key stakeholders of our marriage is not because I want to subject our marriage to their control. Apart from the importance of family background check ups, family members also serve as the security of the marriage.

I have no doubt there are some family members who do not serve the cause the marriages. They don't seek the welfare of the couple, instead, they are interested in what they will get from the marriage. There is a story of a man who disowned his son because he bought a vehicle for his wife.

Fortunately, these are not the kind of families you and I have. That's why I'm not comfortable when you insist that a third party should have no say in our decisions and actions. I consider your mother as my mother and anytime we meet, she talks to me like her son. Though I feel intimidated in the presence of your father, I have come to realise he is a very fine philosopher and you won't believe he shared his experiences in marriage with me last month when I visited you and even went ahead to give me coaching.

I will therefore not admit that such family members should have have no say in our lives. Besides, I don't want you to have this mentality so that when we get married, my family members cannot visit us.

Our families are indispensable in our marriage. They have a great say in the success or otherwise of it, especially now that we are still not married. Let's acknowledge them as partners, not competitors.

I can assure you that my family will not do anything to hurt our marriage. They like you and my mother asks of you anytime she calls. My sisters and brothers have not hidden their admiration for you and the only way to reciprocate that gesture is to open up.

I will never countenance any attempt by you to treat my family with contempt. I toiled with them, and will never depart from them at this age. They are part of me and will continue to be part of me. I however know the distance to keep when it comes to our marriage. Our families should not be privy to every decision we take.

They should not have a say in every single thing we do. But that is not to say, they should be treated as intruders. I don't like that mentality and think this is what you must know.

I love you and will not make way for any of my family members to hurt or mistreat you. Never! You're very safe and there's no cause for alarm.

I will not trade your love for anything and will not allow any undue influence from my family to be the source of your worry. I will not hesitate to tell a family member to keep off if I have enough reason to believe that they are not acting in a manner that will enhance our relationship.

It is on this assurance that we will build our marriage, and the gates of divorce shall not prevail against it.

Yours truly,
Azure.
Savannah View is a weekly column published in the Weekend Finder every Saturday. Writers email: [email protected]