The NDC in Rawlings’ Full Circle 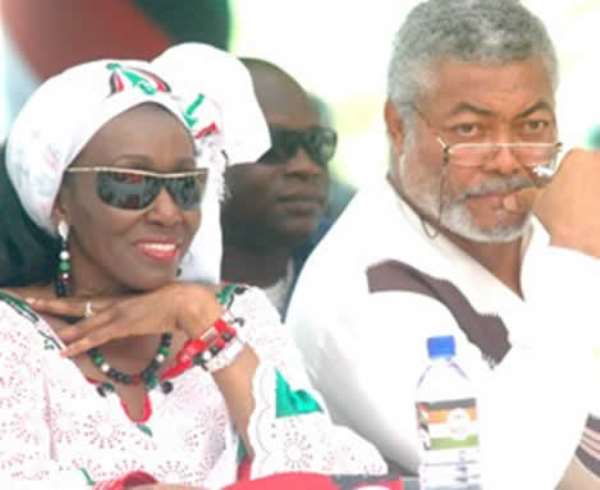 The Director of Operations at the presidency, Nii Lante Vanderpuije has thrown a challenge to the Rawlingses to quit the NDC for the 2012 elections and see whether the party will not win the elections… Nii Lante said the ruling party was tired of the persistent outbursts of the Rawlingses against the government. He vowed to defy Rawlings anytime he attacks the Mills government... Speaking at the 30th Anniversary ceremony of the 31st December Women's Movement, on Tuesday, Rawlings described some government functionaries as traitors who have betrayed the cause of the NDC... [and] bemoaned what he described as unprecedented monetization of the political space perpetrated by members of his own party in government (Abridged from Ghanaweb, April 17, 2012)

**My poems and essays on Ghanaweb and elsewhere must not be reproduced in full or in part for any academic or scholarly work without my written permission.

Bishop Dag apologises to Otumfuo over 'offensive' sermon
19 minutes ago

There's power in a father's encouragement – Pastor Otabil
19 minutes ago