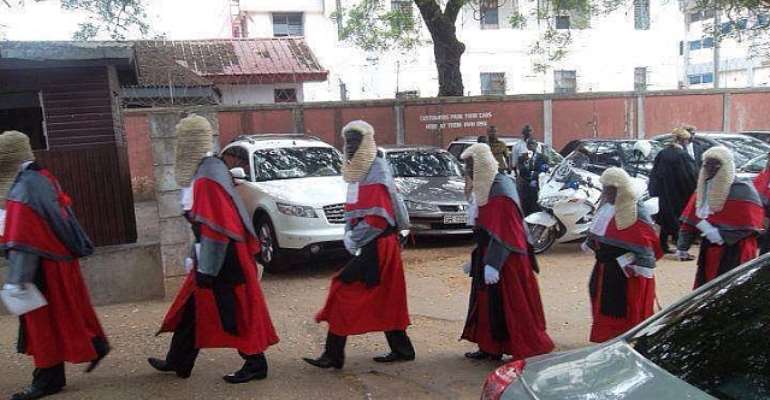 ** Our problems and challenges come from Pen-Armed Robbers or Educated Thieves who use their sadistic pens, state-procured official letterheads, borrowed bombastic Englishes, and their vampire signatures to rob, impoverish, and marginalize the Ghanaian masses! Pen-Armed Robbers steal from the public, get grand perks, including drivers, garden-boys, cooks, house-helps, and prostitutes; paid handsome pensions and end of service benefits; invited to chair church functions, etc.; and given state burials after making all of us poor. Sadly, hardworking farmers who are loyal to the state don't get perks. Neither do they get pensions and end of “farming benefits.” Oh! Talk about Farmers Day! And it is far removed from any cocoa, plantain, cocoyam, etc. farm. Farmers unlike our Pen-Armed Robbers work until they die from physical exactions, soil exhaustion, and social combustion.

**I dedicate this to the poor female farmer who was given four years imprisonment for stealing four fingers of plantain to feed her four famished and emaciated kids. Juxtapose this case with the way that lawyers like Nkrabeah Effa Dartey are arguing in favor of the corrupt, thievery, and predatory judges who accept bribes to free armed robbers, rapists, murderers, etc. No wonder some of the accused JUDGES are freely flying around like 37 Hospital bats dropping excreta-bombs on Anas and his team of saviors, and the bamboozled benighted Ghanaian masses!

JUDGES
Ah! They were our last gods of probity
They call themselves
The Lords
And we say yes my Lord
They have power over life and death
Sentencing all for wrong-doing
Sentencing the common thief

JUDGES
Ah! The JUDGES are intelligent
They protect their own
The JUDGES
They use legalese
They quote the law
They apply the law
To defend corrupt JUDGES
To defend lawless JUDGES
The flock like vultures in flight

JUDGES
They say Anas entrapped the judges
But the JUDGES chased after Anas
But the JUDGES never went to the police
JUDGES pocketed the cash
JUDGES ate the yams
JUDGES danced with the goats
Ah! JUDGES chewed the goats
JUDGES slept with the prostitutes
JUDGES drank the pito/apio

Submitted by Akadu N. Mensema October 13, 2015. Can be reached at [email protected]