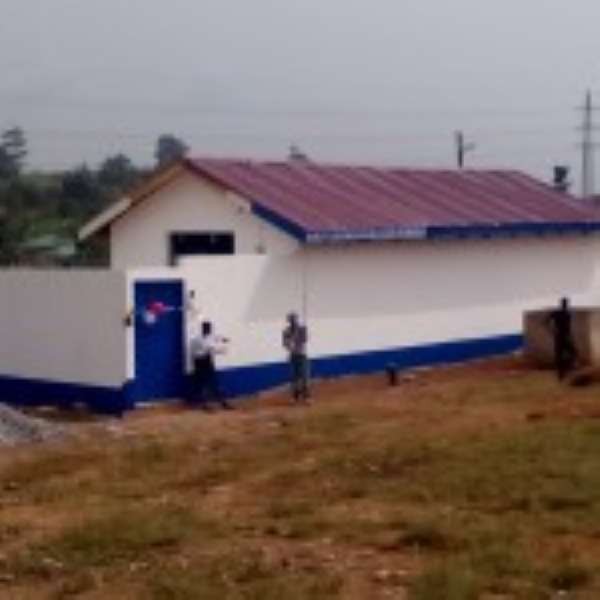 **Akadu N. Mensema is every suffering, marginalized, and benighted Ghanaian who is ardently looking for change and renewal in President Akufo-Addo and Vice President Bawumia's Ghana. Let us speak truth to the killers of our postcolonial aspirations, optimism, and progress. Truth is bitter, but heals!

“Pupils of Drobo-East Demonstration Primary and Junior High School in the Jaman South District in the Brong-Ahafo are forced to study in an abandoned toilet building. This, according to Henry Afful, the assembly man for the area is due to lack of classroom blocks for the pupils. In an interview with Adom News, he indicated that petitions written to the former District Chief Executive about the issue proved futile. 'The school operates on a KVIP. The population is much higher than the other neighboring schools. I have talked to the DCE several times, but no one pays mind to that. Some of the students stay outside to learn,' he said. The headmaster of Demonstration Primary and JHS, Emmanuel Kyereh who confirmed the incident to Adom News said the toilet facility was built in the 1960's for Drobo Senior High School has been turned into classrooms for the pupils to ease congestion” (Ghanaweb February 13, 2017)

TEACHER: Where are you pupils in “Better Ghana Agenda”
PUPILS: KVIP-holdings aka Toilet
TEACHER: Why is that
PUPILS: Ministers, MPs, DCEs, Chiefs, and Council of State care about cars
TEACHER: Did you pass gas like KVIP
PUPILS: What is passing gas
TEACHER: Hm! Letting out bad air
PUPILS: No, teacher it is the KVIP air
TEACHER: But it is only a KVIP building
PUPILS: It is still a KVIP-toilet facility