Non-Plagiarist Spews Saliva to Doom NPP at its Sunrise 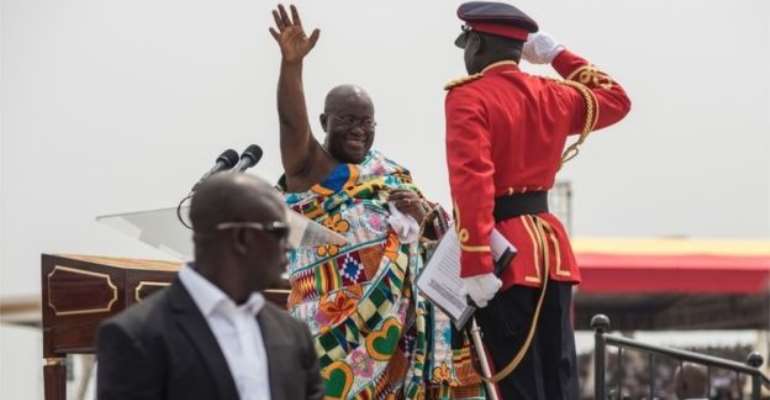 *AKADU N. MENSEMA ([email protected]) is every suffering Ghanaian who is ardently
looking for change and renewal in President Akufo-Addo and Vice President Bawumia's Ghana.

'Current Minority leader and Member of Parliament for Tamale South, Haruna Iddrisu has predicted how
soon the government of the New Patriotic Party would quickly fall flat and crumble like earth crust. In his
view, the NPP failed to cement their victory with an adhesive material that could keep them in power for
long but rather used “saliva” to build their victory. “The Dagombas have a saying that says when you build
a house with saliva, it collapses with dew.” "I am convinced that the NPP's house is built with saliva and
dew would collapse their home”, he said. The former Employment Minister under the erstwhile National
Democratic Congress government stated on Radio Gold that despite the loss his party suffered in the
2016 elections, they have picked up the pieces and are restrategizing to recapture political power in
2020”' (Ghanaweb January 11, 2017)

I am not plagiarizing
Yes, he said so
He said with saliva
NPP is doomed
Like a Dagomba hut
Ah NPP is doomed
We are all doomed in Ghana
We shall collapse with dew

I am not plagiarizing

Yes he said so oh
Ah NPP is doomed
We are all doomed in Ghana
Like a Dagomba hut
Ah! The NPP
Built with saliva
Ah! Will collapse with dew
Collapses like a plagiarist's dew