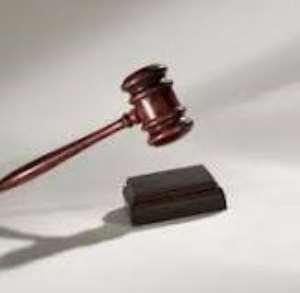 He pleaded not guilty to the charge and is to appear before the court on March 20 for trial.

Detective Inspector Christian Apronti informed the court that both Ella and the victim lived in the same house at Nkawkaw Zongo.

He said on the morning of February fifth, Ella invited the victim into his room with the view of sending her to purchase cigarette for him.

The prosecutor said as soon as the victim entered the room, Ella held her hands and pulled her onto his bed and sexually abused her.

The prosecutor said after Ella had satisfied himself, he sent the girl away but the victim reported her ordeal to her mother who became annoyed and organized some boys to arrest him and handed him over to the police.

The police issued the victim with a medical form for medical examination.

Ella during interrogation denied the offence but the police after their investigations charged him with the offence.