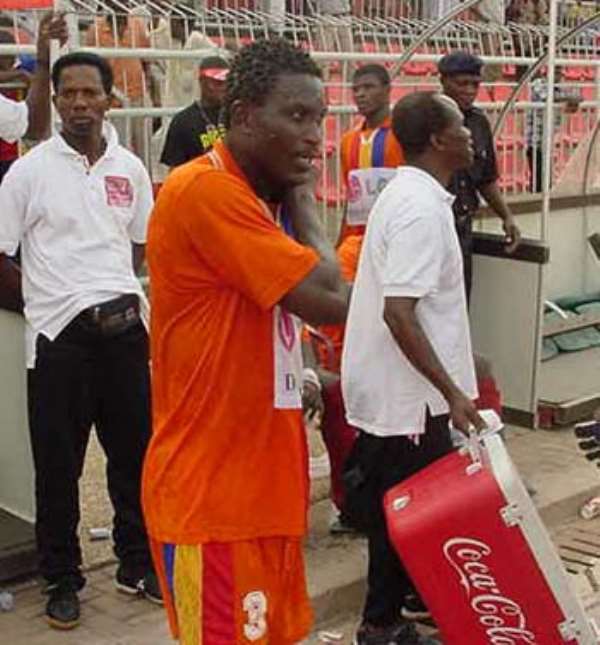 Accra, July 21, GNA - Emmanuel Osei Kuffour Accra Hearts of Oak's striker is demanding 10,00 dollars from Amporful Soccer Consultants Incorporated based in USA who are indebted to him in respect of his loan transfer to Anzhi Makhachkala FC of Russia last year. According to the solicitor of the player who made a copy of the demand letter available to the GNA Sports, the player and the consultants in a contract dated August 14, 2002, agreed that the player would be entitled to 10,000 dollars of the loan fee. The Solicitors said the consultants promised to lodge the agreed amount in the player's personal accounts but have failed to do so even after repeated demands.

Kuffour's solicitors said they are serving a final note to Amporful Soccer Consultants Incorporated that the money be paid with interest at the prevailing commercial rates from the date the amount is payable in September 2002. The solicitor added that they would have no option than to take the case to FIFA or seek legal redress from any court of competent jurisdiction if Amporful Consultants fail to pay the said amount by Monday, July 28, 2003 together any cost incurred in the action without further communication with them.

The 2000 top scorer of the CAF Champions League and the SWAG Players of the year had a short stint with the Russian club in 2002 before returning to Ghana to join Hearts of Oak.