It was Beauty Killed the Beast: A Meditation on the Death of the Soviet Union 20 Years Ago This Week 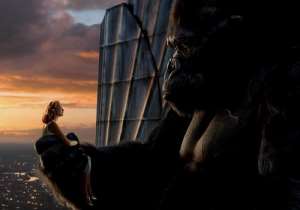 Sunday, passing nearly uncelebrated, occurred the 20th anniversary of the formal dissolution of the Union of Soviet Socialist Republics. There is much to celebrate about the December 25, 1991 implosion of a totalitarian, bellicose, imperialistic regime with 45,000 nuclear warheads, captor of dozens of nations, killer of tens of millions, sociopathic in its brutality against the innocent in its quest for world domination.

Without, in any way, diminishing the roles of the great — Ronald Reagan, Margaret Thatcher, Pope John Paul II, and others… the end of the USSR was, more than anything, the work of three regular people: beginning with one citizen-socialite from Houston, who recruited a drunken roué of a Congressman, who, in turn, engineered the critical funding for one malcontent CIA Agent who armed the Afghani freedom fighters.

Today, then, I sing of arms and the woman: Joanne King Herring, destined to live forever in history associated with a tiny handful of beautiful, regal, woman warriors: Queen Cleopatra, Helen of Troy and Queen Boadicea. Like her historic counterparts Herring widely was, and is, counted among the great beauties of the world. But Helen's kidnapping was the casus belli of the Trojan War — she played no strategic role herself. Queens Cleopatra and Boadicea lost their lands and lives to the imperial storm troopers. Joanne Herring, “Queen of Texas,” won.

Herring recruited Rep. “Good Time” Charlie Wilson to her cause of championing the Afghans against the Soviets. She helped Wilson persuade House Appropriations Committee chair Doc Long to turn on the funding which allowed CIA maverick agent Gust Avrakatos to arm the freedom fighters. This is extensively documented in 60 Minutes' producer George Crile's galvanizing work Charlie Wilson's War. This book, far more than Mike Nichols' movie starring Julia Roberts, Tom Hanks and Philip Seymour Hoffman, shows how the world really works. And it's not like the High School civics texts. It's about passion.

Crile, quoting CIA Director James Woolsey: “'The defeat and breakup of the Soviet Empire is one of the great events of world history. There were many heroes in this battle, but to Charlie Wilson must go a special recognition.'” Crile observes:

“The oddness of this moment is hard to exaggerate. America had just won the Cold War, a triumph every bit as significant as the victory over Nazi Germany, yet there had been no V-Day celebrations, no ticker-tape parades, no Douglas McArthur to publicly celebrate. Life in the capital seemed to roll on as if there never had been a Cold War. At this moment, Charlie Wilson, of all people, was about to be honored as the architect of the great American triumph.”

“No congressman or senator in anyone's memory had ever succeeded in flouting the rules so repeatedly for so many years and managed to survive. By this time, in the dull era of the 1990s, he had become the ultimate master of the Washington high-wire act, and that night his many strange and unusual friends had stood back and marveled as Charlie danced the night away, offering a toast to 'Friends, to power, to passion, to black lace,' before exiting with Ziva, a beautiful Israeli ballerina, on his arm.”

But as Crile so meticulously documented, Wilson unquestionably was persuaded, empowered, and partnered in with his acts of heroic derring-do on the part of the mujahideen, freedom, and America, by his inspiration — and close collaborator — Joanne. Wilson and Avrakatos have died, as has their chronicler, Crile. Of those who broke the back of the USSR remains Joanne King Herring. She, who deserves a tickertape parade, has recorded her recollections in a wonderful, utterly unique, memoir, Diamonds and Diplomacy.

The author, as described by her publisher:

“She's been dirt poor; she's been filthy rich. Rich was more fun. She married three times, divorced twice, found her true love, and lost him to cancer. At twenty-one, she was told she would soon die. She lived. Doctors said she'd never be able to have children. She had 'em. She's bargained with God, dictators, and Democrats. She's partied with princes, presidents, premiers, Barbara Walters, Anwar Sadat, Margaret Thatcher, Tom Hanks, and Francisco Franco . . . though not all at the same time. She captivated powerful men with her feminine charm, and then persuaded them toward unlikely political alliances through her formidable intelligence. She waltzed with Prince Philip in Buckingham Palace, dressed in men's clothes and smuggled herself in a barrel across the Pakistani border, threw a Roman-themed party so extravagant it was featured in Life magazine, and survived a Soviet gunship attack in the mountains of Afghanistan.”

As she recounts in Diamonds and Diplomacy, “George Crile wrote in his book Charlie Wilson's War: ''[(Pakistan's) President Zia] was so spellbound by Herring, and took her so seriously, that to the utter dismay of his entire foreign office, he made her Pakistan's roving ambassador to the world and even awarded her his country's highest civilian honor, the title of Quaid-e-Azam, or 'Great Leader.' Charlie Wilson says that Zia would leave cabinet meetings just to take Joanne's calls. 'There was no affair with Zia,' Wilson recalls, 'but it's impossible to deal with Joanne and not deal with her on a sexual basis. No matter who you are, you take those phone calls.'”

The movie version of Charlie Wilson's War concludes with America's ruling class, having made it possible for the mujahideen to win the war against the Soviets, callously leaving the badly wounded Afghani people in the lurch. Herring remains devoted to their welfare, concluding Diamonds and Diplomacy with her “Marshall Plan Charities for Afghanistan Recovery”: clean water, food, health care, schools and jobs. She writes movingly of the moral imperative and privilege to help and the opportunity the American people have to partner with the courageous, dignified, Afghani society.

Governments by their nature are risk-averse, agents of the status quo. Only living, breathing, passionate people are agents of transformation, people such as Joanne Herring, Charlie Wilson, and Gust Avrakatos. It took a great anthropologist, rather than a political scientist, Margaret Mead, to grasp and state this law of nature: “Never doubt that a small group of thoughtful, committed citizens can change the world. Indeed, it is the only thing that ever has.”

As we celebrate the 20th anniversary of the end of one of the most lethal totalitarian dictatorships in history, let us reflect. Oh no, it wasn't the airplanes. It was Beauty killed the Beast. Thank you for securing our liberty, Joanne King Herring. America and the free world salute you.