When the Elephant Roars, the Umbrella Shakes: NPP's March to Victory 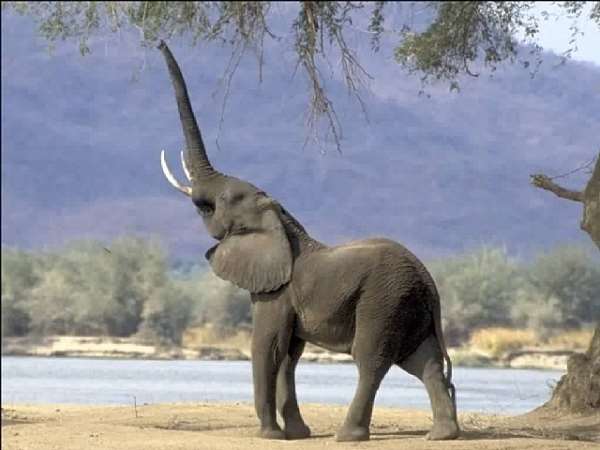 On the eve of the most critical election year yet in our nascent democratic dispensation, it is incumbent on all those who purport to be the adherents of the New Patriotic Party (NPP) tradition not to lose sight of what is really at stake. Indeed, what are truly at stake are the tests of our character and commitment as a party, and more importantly, the future of our country.

Like other crucial periods in our young history as an independent country, we face yet another crossroads. We all know that the current path is clearly leading to despair and utter hopelessness. This to me presents an opening and a yearning desire for change. I am still convinced that most Ghanaians have not yet recovered from the disastrous decision they made to throw out our party, which from all indications and indices was a successful one in government, albeit with some flaws. Therefore, we as a party must cease on this atmosphere of buyer's remorse to our advantage going into this crucial election year. However, how do we do that?

Firstly, after suffering through the incompetence, ineptitude, and lack of direction by the current administration, we can now appeal to the conscience of the Ghanaian voter to look at us once again since there is now a reference point. However, we can only do that effectively and convincingly if Ghanaians see us as united party with a serious sense of purpose, ready to assume the reins of government once again to address their needs and concerns.

Next is the most critical but very important development, which to me must take place. The Presidential candidate, Nana Addo Dankwa Akufo-Addo must schedule a prime time address to the nation a la magister dixit. On this platform, Nana must level with Ghanaians on behalf of the party. In a form of mea culpa, he could even hint on their vote the last time around, and how it has really enlightened him personally, and the party as a whole. This show of humility and contrition will go a long way to put our party in good stead with the Ghanaian voter who is yearning for positive change but humbly. In this same vein, Nana Addo must remind Ghanaians of the good years they enjoyed under the previous NPP government, led by Ex President John Agyekum Kufour.

Then comes the real campaign that must be fought on all fronts. Nana from his meet the people tour, designed by his campaign manager Boakye Agyarko, has done marvelously well to endear himself to the majority of the electorate. However, the task ahead is too cumbersome, and the stakes so high just to leave everything for the campaign. We should incessantly remind Ghanaians as Al Gore said, “One of the strengths of democracy is the ability of the people to regularly demand changes in leadership and to fire a failing leader and hire a new one with the promise of hopeful change”. Therefore, certain high profile personalities of our party must be seen working as hard to foster victory for a party. We have to bring our entire arsenal to bear. We must galvanize our base and indulge Ghanaians on a real mental fight into thinking against the current, not with it. The days and times of secrete campaigning must be the thing of the past.

To quote Margaret Thatcher, “ I always cheer up immensely if an attack is particularly wounding because I think, well, if they attack one personally, it means they have not a single political argument left”. It is obvious from the known charlatans and rubes of the National Den of Crooks (NDC) that they absolutely have nothing to stand on in terms of policy and the agenda forward. Therefore, their modus operandi is to embark on personal attacks on our candidate, sacrificing truth for buffoonery. While Asiedu Nketia (General mosquito) and his ilk in the ruling NDC administration continue to play buffoonery with the serious problems facing the Country, we the NPP on the other hand must appear and appeal to Ghanaians that we share their concerns and grievances. While they engage in outlandish rhetoric, we should be very careful not to fall for their bait by expending our energies on those shenanigans that frankly, do not amount to anything.

On the message front, we have to draw a stark contrast between the two parties. While they worry about the rights of convicted criminals to vote, we should beat the drums about the necessity of National Health Care program that was successfully ran under our watch, but has been decimated and allowed to wither on the vine by the current NDC government. Cases can be made on myriad of programs that were such success stories under our watch. We should not shy away from our positive record and accomplishments when we held the reins of power for eight fruitful years. The discipline of our message could not be paramount, and our spokespeople must be personalities of good repute. They should have the gravitas to sell our message and agenda to the electorate. Remember our “we have the men slogan”; this is the opportune time to display them. We have to show the country that, unlike the current crop of clueless juvenile administrators, not only do we take their grievances and concerns seriously; we are indeed prepared and ready to govern.

With “All Die Be Die” as the backdrop, the political ground is fertile, and the environment ripe. Therefore, let us seize this defining moment in our country's history and ride on to victory.