Government Will Provide Logistics And Finance For 2012 Elections - Veep 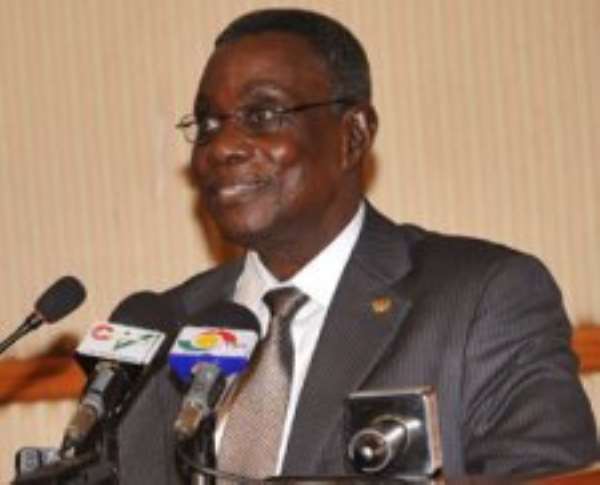 The Vice President, Mr. John Dramani Mahama, has assured Ghanaians that the Government has made available financial and logistical support necessary to ensure free, fair and transparent general elections in 2012.

He said the 2012 elections were very crucial in deepening not only the democratic credentials of the country but also sustaining the peace, stability and security of the country hence the commitment.

Mr. Mahama said this in a speech read for him by Mrs. Betty Mould Iddrisu, Minister of Education, in Tamale on Saturday during the closing ceremony of the four-day Northern Regional Policy Fair which opened on Wednesday December 14th to showcase the programmes and activities of the Government to the people.

The fair attracted people from all walks of life with various exhibitions displayed from various Ministries, Departments and Agencies, Metropolitan, Municipal and District Assemblies under the theme: “Empowering the people as we build a Better Ghana”.

The Vice President appealed to politicians, the Media, the Youth and chiefs who he said were the major stakeholders upon whom the successes of the 2012 elections depended.

Touching on development, the Vice President emphasized that the Government had done a lot in the areas of education, health, agriculture, rural electrification, water and sanitation, stressing that, “There is an imperative and logical need to return the NDC to power in 2012 to continue and complete the massive developmental initiatives”.

Mr. Mahama said the exhibitions had demonstrated how transparent and accountable the Government had been in fulfilling its promise to the people in the provision of free school uniforms, eradicating schools under trees, infrastructural development among others.

Mr. John Tia Akologu, Minister of Information, called on the Media to bridge the information gap by presenting facts and accurate information to the people especially, those in the rural areas because “doing so is in fulfillment of our core mandate of feeding the people with true, accurate and reliable information”.

He noted that the adequate pictorial and photographic presentation of projects at the exhibitions was a pointer that the Government was delivering on its Better Ghana Agenda.