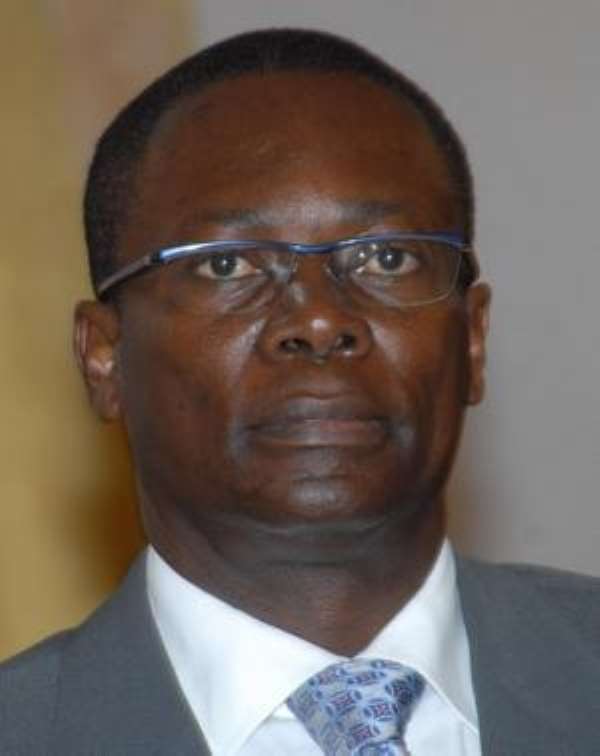 There are gray areas for corruption that have been constantly exploited by the African political elite. It is the concept of gift or souvenir. While in the developed countries these things are well-defined placing limitations on elected officials and public office holders with regard to what they can received as gift or souvenir in their line of duty, the floodgates are still wide open and the politicians are exploiting it to the fullest.

In the United States, the president and all federal workers are constitutional barred from receiving gifts except from their family members while in office. This is largely governed by the Foreign Gifts and Decorations Act of 1966 and further legislation passed in 1977. During the Reagan administration, the maximum retainable value of gifts was US$180, raised in steps from US$100. So for instance, if Reagan had received three gifts, each valued at US$90, the total would have exceeded the ceiling of US$180, and must be declared to the Office of Government Ethics (OGE).

To bring the point home, when President Obama visited Ghana, a gift worth US$48 000 was bestowed on him by the first lady of the republic of Ghana. As a result of institutional checks and balances very operational within the United States, if even the president loved the gift and wanted it for a keep, the constitution barred him from doing so. To this end, a golden watch based on conservative value of US$$48 000 and other items running into tens of thousands of dollars found their way into the US National Archives. Until it became news, not even the benefactors knew the rules; if they had, they would not have offered it in the first place. Unbeknownst to the Ghanaian public, the items were declared by the White House and subsequently deposited at the US National Archives. Such an embarrassment and waste could have been avoided or prevented if officials had taken time to do a little bit of research.

The lack of institutional checks and balances or the inability of anti-corruption agencies to apply them in good measures where they exist makes corruption a thriving enterprise in Ghana. Corrupt monies received by politicians are classified as gifts, and this provides a leeway for them to extort and exploit. A classical case was the Mabey and Johnson corruption expose in the UK. Former ministers and government officials allegedly received thousands of pounds from the shamed British firm, Mabey and Johnson. When confronted with the facts, they argued the thousands of pounds they received from the firm were gifts. This was against the backdrop that the convicting authority in the UK had appropriately classified the act as bribery and corruption. At the Southwark crown court, London, John Hardy QC for the Serious Fraud Office (SFO) revealed that Mabey and Johnson had paid “a wide-ranging series of bribes” totaling €470 000 to politicians and officials in Ghana. So the same act is classified as bribery and corruption by one jurisdiction and a gift by another.

Beyond the act of bribery, there are questions of competitive bidding. Was the minister influenced financially to lower the bar in offering the contract to the givers of the gift? There is no doubt that financial gifts have the potential to influence individuals placed in authority and the minister was no exception.

This is what happens elsewhere in other jurisdictions. For the equitable distribution of wealth, tips for people in the lower rungs of society, those who work in the bars or restaurants, are even taxed. This way, part of what is supposedly a gift is declared and taxed, so part of it returns to the state. But because the gifts in the case of the African political elite are not just gifts, but corrupt monies, they cannot be declared by both parties. Assuming that there are no laws on the declaration and taxing of so-called gifts in Ghana, there would be no responsibility on the part of the minister to declare his so-called gift, such is not the case in Britain and the United States. In these countries, at the end of the tax year, the benefactor must declare his donations for which he or she receives a tax break. Every penny or cent one makes along the way is, therefore, accounted for. That is what democracy and institutional checks are all about – equitable distribution of society's resources and its burden, transparency and accountability, trust and confidence, and retribution for undermining the checks.

Closely linked with the issue of gifts is the issue of conflict of interest; another fertile or breeding ground for the political elite. To ensure that politicians and even civil servants do not exploit public opportunities to their own benefit or to the benefit of friends and relatives, countries have very strong edicts to guide the behavior of public office holders and so on. When Congressman Rep. Charlie Rangel (D- N.Y.) was discovered to have used his congressional staff and official letterhead to raise donations from corporate charities and chief executives for a college wing named in his honor, the congressman was hauled before a congressional sub-committee which found him guilty of 11 ethics violations. Other elements of the case was that he violated New York City rules by housing his political committees in his rent-controlled apartments in Harlem; did not pay taxes on a villa he owns in the Dominican Republic; and did not properly disclose hundreds of thousands of dollars in personal financial assets.

Comparatively, in Ghana, this is one area where individuals who are appointed to any public office see it as an opportunity to exploit the state without regard to any ethical considerations. At the political level, regrettably, none of the governments that ruled Ghana in recent years, or since the birth of her fourth republican constitution, is absolved or exempt from this. While the ex-Ghanaian leader, John Kufour, found it prudent to haul his predecessor's wife to court for disposing a state-owned asset to an organization she formed and remains its president, he was himself accused of channeling public goods and opportunities to his children, family members, cronies, and even himself. A gigantic US$8 million Hotel Kufour, overlooking the ex-leader's private residence in Accra, belonging to one of his children could not have done more damage to his reputation than appointing himself as a board chairman of a multimillion dollar damming project.

Aware of all the manipulations by the first gentleman of the land, ministers began to also cut their “fair share” of the cake. Ministers are on record to have channeled government contracts to their daughters, sons-in-law, friends, in the name of companies formed overnight for the purpose. It is a fact of life that when you lose that moral high ground as a leader, it is difficult to instill discipline into your subordinates. The dramatic escape of the ex-leader's security minister encapsulates it all.

In January 2008, the security minister of the Kufor-led administration, Francis Poku, was said to have been invited by the president to respond to questions of unbridled acquisition of properties in a plush neighborhood in the capital, and other matters. At the end of the meeting, the president impressed on the minister to resign or be fired. Knowing too well that his boss was the worst culprit of what he was being accused of, the minister took a defiant stance, telling his boss off and threatening to resort to the media. Felt threatened by what he might not want the public to know, the ex-president attempted to place the security boss under house arrest by sending a combined team of soldiers and the police to his house. By the time the team arrived, the astute security officer had already informed the media and there was media frenzy at his residence which was relayed live to the public. The operation to seal him off from the public was completely botched.

Following this standoff, the chief security officer then applied for a new Ghanaian passport. This was a complete subterfuge, but was interpreted by the naive intelligence community over which he superintended as groundwork to escape out of the country. Though he was still under surveillance, intelligence must have concluded that he needed the passport to get out of the country. This might have impaired their judgment in failing to notice other loopholes that the man could exploit if he really needed to leave. The next thing, he was out of the country via the Ghanaian-Ivorian border, while his passport was still being processed, ending the week-long melodrama. He outwitted and outfoxed them!

Those who cry wolf on the rooftops become the worst culprits of the crimes they once condemned. In Ghana, being smart means being able to tell the most lies. You can be corrupt once you pay 10% of your share of the booty to the party, you are hedged from prosecution. It took only a change of government for the General-Secretary of the National Democratic Congress (NDC), Mr. Asiedu Nketia to realize the loopholes and to also exploit them, becoming the most prudent supplier of building materials to the damming project he once accused the ex-president president for milking.

When the supposedly clean men refused to act on cases of corruption, they become party to it. As illustrated in the Mabey and Johnson case, individuals who increased my tax burden through their corrupt activities to fund the education of their children abroad and were subsequently made to relinquish their post only morphed into leaders of new public institutions.

Gifts, souvenirs, and the concept of conflict of interest must be the reason why you should vote in the next election. Vote for the party and the individuals who come down very hard on these issues. We should not bequeath a wrecked ship to posterity. Let's continue to question the judgment of the so-called clean men who continue to provide nutrients for corruption to flourish.

August 4 declared public holiday in celebration of Founders ...
30 minutes ago