The Botchwey Report, the Dzirasah Approach, and new developments in the NDC Perspective 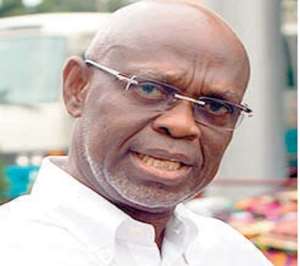 While this exercise is neither to rehash some of the difficulties that confronted the NDC in the past nor highlight its current difficulties, it is important to place certain practices within the party into perspective dispassionately. It is only through this dispassionate evaluation of the status quo that the true state of the party can be appreciated by all and sundry. This is in the hope the NDC will be able to salvage what is salvageable and to nip in the bud those undemocratic practices that are rearing their ugly heads again. Failure to respond to the growing undemocratic practices in the party will slowly eat its grassroots away and push the 18-year old new political entrant away to other opposition parties, particularly the NPP.

It must be noted that it is from the perspective of organizational change that many NDC enthusiasts, including the grassroots and the voiceless, were elated that the Kwesi Botchwey Committee was set up to examine, scientifically, what led to the defeat of the NDC in the 2016 general elections. Many at the grassroots had hoped that their opinions, however, varied would be diligently collected, collated, and analyzed, scientifically; giving them the opportunity to be part of something much larger than themselves, so they could own its product and its implementation collectively. One can only assume that it was that hope—the hope that the report would serve as the basis for the needed organizational transformation to make the NDC viable and competitive both as a party in opposition and as a vehicle for an eventual return to office to serve the people of Ghana—that generated the enthusiasm that enveloped the Botchwey town halls across the country.

Unfortunately, against this expectation among party enthusiasts, the so-called final report of the Kwesi Botchwey Committee has been placed under lock and key and made accessible to the elite group of the party (that is if the report exists). Attempts to seek an explanation for this turn of events elicited an informal response from a member of the Kwesi Botchwey Committee, Dr. William Ahadzi, the NDC Research Committee chairman, as follows:

This informal response only helps to explain the state of affairs in the NDC and the thinking of its leadership even in opposition, which leads to the following observations:

How different is the decision to place the Kwesi Botchwey Report under lock and key from the constitutional change process that was initiated during the Tamale Congress in 2010 that took only ONE PERSON (and perhaps in consultation with his elite associates in the NDC) to implement? During the 2010 NDC congress in Tamale, Ken Dzirasah held some documents in his hand on a podium and read something like…“With respect to Article 1, Section 2(b), the proposal is to insert the following paragraph after the word “constraints.” No one else at the Congress had a copy of what Ken Dzirasah was reading in order to understand, question, or even disagree with whatever the suggested amendment was going to be. Instead, Congress was expected to shout loud “ayes” or “nay” after every such reading, and hardly any “nays” were heard after each reading. In the end, Congress was told the “ayes” had won and constitutional amendments were to be effected. Even months after the amendments, the changes could not even be published for party members to read and know exactly what the amendments were.

As it were, one would have expected that a research conducted to understand the causes of the NDC’s woeful performance would serve as a scientific basis for the reorganization of the party, but just like past events, the research has been placed under lock and key, only to be made available to a select few of the NDC’s elite group members. If past developments in the NDC are anything to go by, what this means is that those who needed the report most—the rank and file—do not actually have access to the report that should help in healing their wounds and reorganizing the party. This is top-down and runs contrary to the organizational philosophy of the NDC.

From organizational management perspective, would it not have been reasonable that the suggested amendments were clearly written and floated among party members for weeks, if not months, before Congress, so party members could evaluate the suggested amendments, discuss them, and make their decisions known via their delegates who would then vote to implement their decisions at Congress? As it were, this time-tested management principle was overlooked, consciously or unconsciously, because the party leadership is uninterested in opening up the political space for democratic principles to work effectively in the party. While their resistance to change is understandable—as they benefit from the status quo, whether in opposition or in government—this is gradually killing the NDC as the 2016 results have indicated. If information is the blood of democracy, then the decision to place the Botchwey Report under lock and key and the Ken Dzirasah examples as provided above only go to underscore the point that important party leadership decisions are being taken recklessly without the necessary inputs from the grassroots.

The bigger picture questions then are:

The enormity of the task of the Kwesi Botchwey Committee to help the NDC’s electoral fortunes in the 2020 and beyond cannot be overemphasized. How could this overarching responsibility have been lost on the astute Scholar-Politian, Professor Kwesi Botchwey?

Below, in Table 4, is the outcome of the various opinion polls in predicting the 2016 elections. The best efforts of these polls were all wrong. The 2016 election was an election in which the loser least expected to lose and the winner least expected to win with such a margin. The results of the polls only underscore the performance change theory—that polls and research reports subordinate election results.

Source: Ghanaweb
The Bible states in Mathew 5:15 that “neither do men light a candle, and put it under a bushel, but on a candlestick; and it giveth light unto all that are in the house.” The reasons adduced by the Kwesi Botchwey Committee for keeping their work secret cannot douse the unfavorable perception their decision is receiving among the grassroots of the party and the generality of Ghanaians.

Recently, two letters signed and circulated widely on social media attest to the determination of the national executives of the party to continue a choke hold on the NDC. The letters, which were addressed to all regional and constituency chairpersons, were signed by the Deputy General Secretary Mr. Koku Anyidoho for the General Secretary and were dated July 15 2017. One letter seeks to suspend the registration of party members and the other to suspend “all work or cooperation with individuals or groups who come to their regions and or constituencies to do research work on or for the party” (See Appendix). While there were no sanctions for the violations of these injunctions, the intent of the authors was clear—to choke hold once again the change process of the party by using the existing structures of the party.

[2] Fienberg et al. (1985) point out that sharing data reinforces open scientific inquiry, encourages diversity of analysis, and allows for reanalysis of results, verification of results, refutation of results, and provides conduits for alternative analysis to refine and enrich the results. Thus, the decision by the Kwesi Botchwey Committee to withhold the report, if it exists, does not help in anyway in injecting transparency in our body politics and in advancing the national discourse.

GES must constitute a new team to handle computerised school...
18 minutes ago