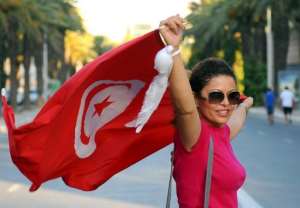 The body's 217 members, dominated by the Islamist party Ennahda, gathered in the Bardo palace on the outskirts of Tunis and sang the national anthem, an AFP correspondent reported.