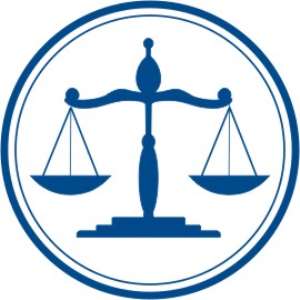 Kade, Nov 13, GNA - Sulley Amadu Yakubu, a 36-year old scrap dealer, has been sentenced to a fine of GH¢ 600 for possessing stolen property by the Kade District Magistrate's Court.

In default, Yakubu will go to prison for 24 months with hard labour.

Prosecuting, Police Sergeant Owusu Achiaw said at about 0900 hours, on October 31, the Police acting upon a tip-off intercepted an Accra-bound bus with registration number ER 164 S.

He said when a search was conducted on the bus, a quantity of electrical cables was found concealed in a sack and when the driver was questioned he mentioned Yakubu as the one who boarded the vehicle with the items.

Yakubu was subsequently arrested and during interrogation, he admitted that the cables belonged to him and that he bought them for GHc240.

He could, however, not lead police to trace the seller.

The prosecutor said the District Engineer of the Electricity Company of Ghana (ECG) after inspection described the cables as bare copper conductor measuring 200 meters with estimated value of GH¢ 922.

Whilst investigations were on-going to find the source of the cables, Police had information that the underground cables of the Ghana Oil Palm Development Company had been stolen and the coating peeled off and taken away.

Yakubu was subsequently charged with the offence but pleaded with the court to deal leniently with him because he did not know the cables were stolen goods.

The Magistrate, Mr Abdul Majid Illiasu, said Yakubu, a married young man with a family was forthright with the court by admitting the offence. He also never benefited from the offence but instead lost GHc240.00.

The Police was ordered to take custody of the cables.