Why Africa Must Trash Western Liberal Democracy?.....& Their Way of Life Too? 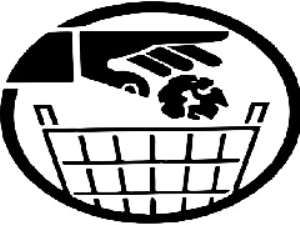 Africans and all the nations of the World must redesign democracy to create better political systems. They have to challenge the allegations, the corruption, and the conspiracies of the West coming from both sides of the Atlantic.

History also shows that M.L.D. is just an international capitalist global enterprise which began earlier but became open at around two hundred and fifty years ago i.e.1750 A.D.

The English “Revolution”!!, civil war or disorder of 1640, the mass executions of people and monarchs all over Europe; and the English Bill of Rights of 1689 were the beginning of the international capitalistic conspiracy of modern Liberal Democracy. The training and financing of the so-called "revolutionists", actually demagogue terrorists of foreign origins and criminals, in USA and Europe; the massacre of the decent Russian Tsar family; and the creation of communism and international secret societies are clear evidences of the deep corruption of modern liberal democracy.

The ideas of F.A. Voltaire (1694-1778)-about personal freedom and civil liberties; C.L.Montesquieu (1689-1775)-about Separation of Powers and equality before the law-and also those of J.J.Rousseau (1712-1778)-about Popular Sovereignty and Majority Rule-were purposely invented, twisted and much inflated just to give an intellectual grounds for the criminal plot of Liberal Democracy. Unfortunately, these ideas became the foundation of the US Constitution of 1787; and also to the French Declaration of the Rights of Man in 1789. They were meant to create an international appeal, authority and springboards to Liberal Democracy.

The cruelties of the English society in the 17-century; American Wars of Independence and the French and Russian so-called Revolutions are few examples of the immorality of the perpetrators of modern Liberal Democracy. In all countries, modern Liberal Democracy is the outcome of a wicked capitalistic-communistic marriage between foreign strangers and some venal and grasping bourgeois, the case of the sudden creation and Atlantic financing of Hitler by big foreign businesses right from the beginning of his bloody career - to destroy Germany; kill some Jews who were unwanted by rich Jews; and demolishing Old Europe - is a very obvious example.

Let me quote here the words of Jean-Paul Pougala (a writer, economist and political scientist from Cameroon, Director of the Institute of Geo-strategy and Professor at the Geneva School of Diplomacy Geneva, Switzerland):

[Jean Jacques Rousseau, born in Geneva in 1712 and who wrote in chapter four of the third book of the famous 'Social Contract' that 'there never was a true democracy and there never will be.'

Rousseau sets out the following four conditions for a country to be labeled a democracy and according to these Gaddafi's Libya is far more democratic than the USA, France and the others claiming to export democracy:

1. The State: The bigger a country, the less democratic it can be. According to Rousseau, the state has to be extremely small so that people can come together and know each other. Before asking people to vote, one must ensure that everybody knows everyone else, otherwise voting will be an act without any democratic basis, a simulacrum of democracy to elect a dictator.

The Libyan state is based on a system of tribal allegiances, which by definition group people together in small entities. The democratic spirit is much more present in a tribe, a village than in a big country, simply because people know each other, share a common life rhythm which involves a kind of self-regulation or even self-censorship in that the reactions and counter reactions of other members impacts on the group.

From this perspective, it would appear that Libya fits Rousseau's conditions better than the USA, France and Great Britain, all highly urbanized societies where most neighbors don't even say hello to each other and therefore don't know each other even if they have lived side by side for twenty years. These countries leapfrogged leaped into the next stage – 'the vote' – which has been cleverly sanctified to obfuscate the fact that voting on the future of the country is useless if the voter doesn't know the other citizens. This has been pushed to ridiculous limits with voting rights being given to people living abroad. Communicating with and amongst each other is a precondition for any democratic debate before an election.

2. Simplicity in customs and behavioral patterns are also essential if one is to avoid spending the bulk of the time debating legal and judicial procedures in order to deal with the multitude of conflicts of interest inevitable in a large and complex society. Western countries define themselves as civilized nations with a more complex social structure whereas Libya is described as a primitive country with a simple set of customs. This aspect too indicates that Libya responds better to Rousseau's democratic criteria than all those trying to give lessons in democracy. Conflicts in complex societies are most often won by those with more power, which is why the rich manage to avoid prison because they can afford to hire top lawyers and instead arrange for state repression to be directed against someone one who stole a banana in a supermarket rather than a financial criminal who ruined a bank. In the city of New York for example where 75 per cent of the population is white, 80 per cent of management posts are occupied by whites who make up only 20 per cent of incarcerated people.

3. Equality in status and opportunities: A look at the Forbes 2010 list shows who the richest people in each of the countries currently bombing Libya are and the difference between them and those who earn the lowest salaries in those nations; a similar exercise on Libya will reveal that in terms of wealth distribution, Libya has much more to teach than those fighting it now, and not the contrary. So here too, using Rousseau's criteria, Libya is more democratic than the nations pompously pretending to bring democracy. In the USA, 5 per cent of the population owns 60 per cent of the national wealth, making it the most unequal and unbalanced society in the world.

4. No luxuries: According to Rousseau, there can't be any luxury if there is to be democracy. Luxury, he says, makes wealth a necessity which then becomes a virtue in itself, it, and not the welfare of the people becomes the goal to be reached at all cost, 'Luxury corrupts both the rich and the poor, the one through possession and the other through envy; it makes the nation soft and prey to vanity; it distances people from the State and enslaves them, making them a slave to opinion.'] (End of quote).

Modern liberal democracy prevailing in Western countries which is being imposed upon developing states has serious and mounting shortcomings in domestic and international affairs. Nations of the World need better alternative to this faulty system of governance. The following proposal is for this purpose.

Looking closely into the build of any nation in the world, they might be grouped at least in three different ways. The first division is social; in terms of ethnic and tribal loyalties. The second division is political; concerning ideological and intellectual affiliations. And the third division is economic; regarding professional and business activities.

Modern liberal democracy which is based on majority rule is one-dimensional and unable to protect and promote various interests. Thus, it usually interacts with people in accordance to their political party affiliation only. They drop from their considerations any social and economic attachments. And therefore, these affiliations seek essential outlets through illegal political practices and corruption. This is because the disregard of recognition does not lead to disappearance of social and economic affiliations.

By so doing, Liberal Democracy creates threats to the interests and the very existence of minorities as well as majorities and to social peace and to the different functions of state institutions. Therefore, monopoly of power by a political party and its hidden dominant ethnic group and their privileged elites, even for a limited period, destroys democracy and disfranchises the rest. They undermine social, political and economic justices permanently. This situation results in creation of civic police dictatorships working through legal and constitutional legitimacy conferred by the established system.

To know the real history of communism and capitalism is the best insurance against ideological impostors and transnational corporate exploitation of Western banking system and their international secret societies.