Africans Must Say No to Famine Episodes 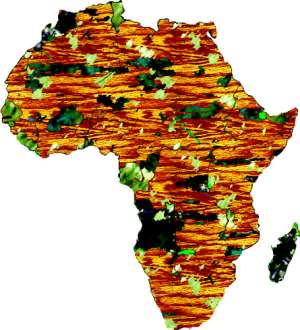 Famine in The Horn of Africa is man-made: drought simply crowns this man-made momentum. The absence of a credible justice system in The Horn of Africa is partly to blame for the famine ravaging the region. Does the Inter Governmental Authority on Development (IGAD) whose member states experience perennial famine have a mechanism to hold the leadership to account? IGAD ought to put in place a mechanism similar to the International Criminal Court (ICC) to enable citizens in the region to put right the causative elements of famine. Starving children, women and men would by now have sued their governments and inept political elites.

An efficient and responsive justice system will resolve conflicts in the region; ensure that ethnic balkanization is done away with; allow free movement of people (labor and knowledge) within national borders and apprehend elite saboteurs whose rent-seeking behavior has reduced the value of human life in The Horn of Africa. A responsive justice system demands that governments must enjoy legitimacy from the people; recurring famine episodes is a clear indicator that governments in this region have questionable credentials. They (the governments) are held hostage by certain clans, ethnic communities and serve interests of other forces other than their people.

It is ironic that while some international NGOs have been in the crisis hit regions for over 25 years, they have not helped transition suffering societies to lasting self-sufficiency. It is ironic that while the Middle East receives an average annual rainfall of 110mm, it has clear strategies to keep its population fed while The Horn of Africa that receives average annual rainfall ranging from 100mm to 2,200mm is hunger prone. Africa is not yet overpopulated. Managed well; the continent can still deliver clean water, clean air, food, shelter and warmth to its people. Africa simply suffers poor management of its politics and resources.

Hottest Photo Reports
Catch up with all the political quotes from our politicians.
Advertise here
More Editorial
ModernGhana Links
Herbal Medicine Alternative
Lands Commission: Gangrenous Agency
Concoction Gone Sour
When Depravity Holds Sway In Soccer
Let's serve so that we can reach our destiny
Sanitation Issues In The Korle-Bu Community Demand An Urgent Attention
Why Africa prints money in Europe
Prof. Aaron Michael Oquaye: No More Coups
What is the E-Levy?
TOP STORIES

MoMo transaction value for April declines by GH₵2.8billion
22 minutes ago