What is holding Up Passage of the Tobacco Control Bill? 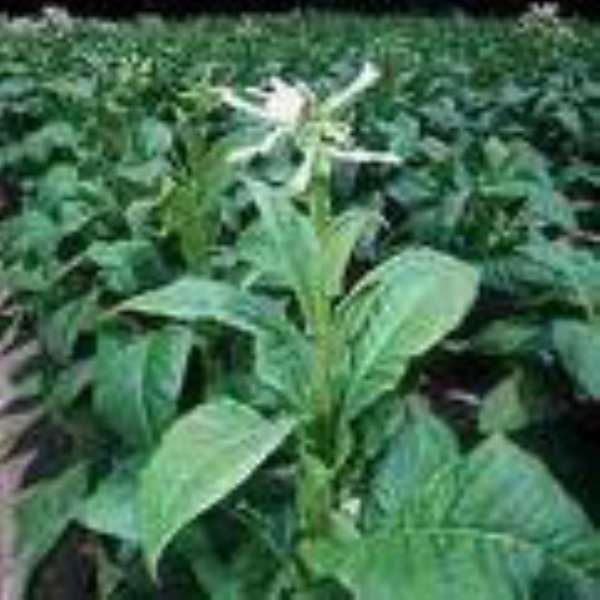 The number of tobacco users in Ghana increases by the day, despite the health implications associated with it. Compared to the western countries, where most people smoke tobacco due to the excessive cold weather, smokers in Ghana have other reasons for smoking – either for pleasure or to get rid of an excessive nasty smell – which they later get addicted to.

The number of tobacco smokers in Ghana, definitely, cannot be compared to smokers in the west, however, the adverse effects of smoking, unfortunately, does not affect users only, but people who find themselves present during the moment of smokers' activity.

This, in the long run, increases drastically, the number of people in danger of tobacco-related diseases.

According to the World Health Organisation (WHO), passive or non-smokers are at a greater risk of getting lung cancer, coronary heart diseases, and even cardiac death.

Over 600 studies undertaken by experts link passive smoking to ill health, and conclude that passive smoking, or the inhalation of tobacco smoke by non smokers, increases the risk of lung cancer, heart diseases, and respiratory disease.

The International Labour Organisation (ILO) estimates also show that 200,000 workers die as a result of exposure to passive smoking in the workplace.

By the year 2030, tobacco is expected to be the leading cause of death in the whole world. According to the World Health Organisation, smoking is a greater cause of death and disability than any single disease, as it is responsible for approximately five million deaths worldwide, every year. Tobacco smoking is a known, or probable cause, of approximately 25 diseases.

The danger tobacco users are putting on non-tobacco users, makes it evident that the probability of the nation losing its labour force and future leaders in the future is high. On the other hand, if the government will think it through, and concentrate on passing the Tobacco Control Bill into a law, then the citizen's fate of getting tobacco-related diseases would be minimised.

Provision of the WHO Framework Convention on Tobacco Control (FCTC) makes it mandatory for all signatory countries to formulate legislations that will protect the citizenry from the numerous health hazards associated with tobacco use. Ghana was the 39th country in the world to sign the convention, and the first country in West Africa sub-region to ratify it in 2004.

Despite this, all attempts since then to enact a law to regulate tobacco use in the country, has witnessed several challenges, causing many to doubt the government's commitment to achieving the set the goals spelt out in the convention.

According to the First Vice Chairman of the Media Alliance in Tobacco Control (MATCO), Jorge Wilson Kingson, by signing on to the Framework Convention On Tobacco Control (FCTC), Ghana had committed itself to, among others, 'adopt and implement effective legislative, executive, administration, and other measures, and cooperate, as appropriate, with other parties in developing appropriate policies for preventing and reducing tobacco consumption, nicotine addiction, and exposure to smoke.'

In doing so, the country would be achieving the overall objective of the convention, which is 'to protect the present and future generations from the devastating health, social, environment, and economic consequences of tobacco consumption, and exposure to tobacco smoke.

Why the dalliance
Mr. Kingson noted that in the effort at meeting this demand, the National Tobacco Steering Committee (NTSC) started formulating a National Tobacco Bill in 2005 for the attention of the government.

It is almost six years now since the drafting of the bill was concluded, but, clearly, there is little indication that the bill is yet to get to Parliament for consideration.

He made it clear that a number of reasons had been deduced as the cause of the delay in the passage of the bill.

Among them, is the low level of awareness among stakeholders about tobacco control and FCTC issues, and the in adequate involvement of media, key law makers and public opinion to support the bill.

More importantly, is also the interference of the tobacco industry control policy issues in the country.

The rest in the public nuisance bill are the tobacco control bill, the patient's charter, international health regulations, and ethics in health, among others, he added.

What is the
government doing?
The First Vice Chairman said the general consensus, as gathered from a cabinet source, is that it is okay to make the tobacco control bill a public health issue, thus the public health bill, when it finally comes to Parliament, will include the tobacco control bill. This, in effect, means Cabinet has given approval to the content of the Tobacco Bill.

He indicated that there were uncertainties as to when exactly the government intends to move beyond rhetoric and put its words into action, by forwarding the bill to parliament. The issue is more confusing, now that stakeholders are complaining of having lost track of the exact location of the bill.

Later last year, the out-gone Minister of Health, Dr. Benjamin Kumbuor, released a statement to the effect that the sector ministry has forwarded the draft document to Cabinet for attention.

A later communication said the bill was with the Attorney General's Department for fine-tuning and final inputs. Recently, it was learnt that the bill has gotten to Parliament awaiting passage. Checks for the bill in Parliament have however proved futile.

This is what is creating panic among stakeholders in the industry, who fear inconsistencies in the bill at this particular period, could cause further delay in its passage, which may not be in the best interest of the country's international image.

At a recent meeting in Accra to re-strategise on the way forward in the fight for the passage of a tobacco control bill for Ghana, members of civil society groups, including Vision for Alternative Development (VALD), Coalition Of Non- Governmental Organisations In Tobacco Control (CNTC), Media Alliance in Tobacco Control (MATCO) and the Community Health Support Team (CHEST) among others, expressed deep worry about the latest developments regarding the Tobacco Control Bill,' he added.

According to him, the Ministry Of Health had issued a directive to compel all existing and prospective importers of tobacco products to have their products registered with the Food and Drugs Board (FDB).

The directive, which is in line with the FCTC, is accordingly being observed. To have ratified the FCTC, and gone ahead to prepare a draft bill for the consideration of Cabinet and Parliament, is also no mean achievement.

Mr. Kingson said until recently, health warnings on tobacco packages in Ghana covered only five percent of the packaging. The Food and Drugs Board, the agency currently responsible for regulating tobacco use in Ghana, has since come out with rotational messages covering 50% of the front and back panels of the principal display surface, and a Ministry of Health (MoH) warning at the point of sale covering its specifications.

Tobacco use in Ghana
'Despite the present taxes on tobacco products, cigarettes sold in Ghana are still cheap, affordable, and easily accessible. The government is being urged to further increase taxes on tobacco products to make them expensive, and raise the revenue to finance health-related ailments as a result of tobacco use and exposure to tobacco smoke, in accordance with the FCTC.

Ghana's population is expected to benefit massively and rapidly from the effective implementation of the tobacco directives, and the FCTC and Tobacco Control Bill when passed into law. Structures have been established within the public and private sectors for the implementation of the FCTC, and all legislation emanating from it.

'The FCTC Article 5.2b mandates the government to enact legislations to protect the citizens from the deadly products of the tobacco industry. While Ghana's bill is pending, or basically missing, the government of Niger has effectively passed legislation on tobacco control.

There is currently a ban on public smoking in Abuja, Nigeria, and the Nigerian Tobacco Bill is at the second stage of reading in Parliament. The governments of Kenya and Mauritius, which have all signed the convention, have passed legislations on tobacco control,' the Vice Chairman noted.

But the picture is not entirely gloomy, as there has been some success chalked in the various national attempts at controlling tobacco use in the country.

The recently launched Civil Society Shadow Report on Ghana's implementation of the framework convention on tobacco control highlights some of the successes achieved so far.

'The Shadow Report recommends that government swiftly pass the tobacco control bill into law, with strong provisions, and in full compliance with the FCTC.