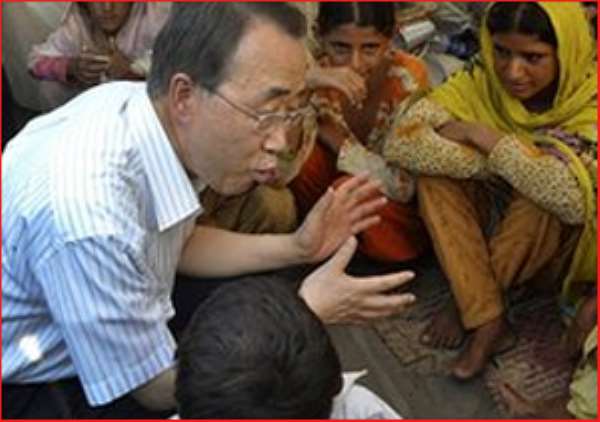 A United Nations report unveiled recently has painted a gloomy picture of the performance of the global economy next year, with growth projected to be a meager 3.1 percent, followed by 3.5 percent in 2012.

These rates, the report indicated, were insufficient to spur the recovery of the jobs that were lost during the economic crisis.

The World Economic Situation and Prospects 2011, prepared by the UN Department of Economic and Social Affairs, the UN Conference on Trade and Development (UNCTAD) and the five UN economic commissions, also revealed that the lack of employment continued to put a damper on economic recovery.

Between 2007 and the end of 2009, at least 30 million jobs were lost worldwide as a result of the global financial crisis, the report, which was previewed in New York, said. It added that efforts by governments to embark on fiscal austerity could further suppress the prospects for a faster recovery of employment.

'We are not out of the woods yet and still major risks are looming,' said Rob Vos, the Director of the Development Policy and Analysis Division of DESA, who led the team of UN economists to prepare the report.

'The road to recovery- we expect to be long and bumpy still. The speed of the recovery as we have seen starting in the middle of 2009 has started to decelerate in the middle of this year, particularly owing to weaknesses in the major developed economies, but we also expect that to drag down the growth in developing countries,' Mr. Vos told a news conference at the UN Headquarters before the Christmas break.

The report said that serious risks to the global economy include waning cooperative spirit among major economies had weakened the effectiveness of responses to the crisis. It noted that uncoordinated monetary responses had become a source of turbulence and uncertainty in financial markets.

Among developed economies, the United States had been on a recovery trajectory, yet the pace of that rebound had been the weakest in the country's post-recession experience, according to the report.

That pace of growth is not expected to make much of a dent in unemployment rates, and recovering the jobs lost in the US during the crisis would take at least another four years.

Prospects for Europe and Japan are even dimmer, the report noted. The Gross Domestic Product (GDP) in the Euro area is forecast to virtually stagnate at 1.3 percent in 2011 and 1.9 percent in 2012.

Japan's initially strong rebound, fuelled by net export growth, started to falter in the course of 2010 as a result of persistent deflation and elevated public debt.

Among the economies in transition, GDP of the Commonwealth of Independent States (CIS) and Georgia rebounded by about 4 percent on average in 2010, up from the deep contraction of more than 7 percent in 2009.

In 2011 and 2012, the pace of recovery in South-eastern Europe is expected to be rather subdued.

The survey showed that developing countries continued to drive the global recovery, but their output growth was also expected to shrink to 6 percent during 2011-2012, down from 7 percent in 2010 because of the slowdown in the advanced countries and the phasing out of stimulus measures.

Developing countries in Asia, led by China and India, continued to show the strongest growth performance, but would moderate to around 7 percent in 2011 and 2012, according to the report.

Growth in Latin America is projected to remain relatively strong at around 4 percent, though less robust than the GDP growth of 5.6 percent estimated for 2010.

Brazil, the engine of regional growth, continues with strong domestic demand to boost export growth of neighbouring countries. The sub-region also benefits from strengthened economic ties with the emerging economies in Asia.

The average annual output growth will be lower than the pre-crisis rate.

Recovery has been solid in most of Africa, where the rebound is expected to continue at about 5 percent per year in 2011 and 2012, but this is well below the potential, and conditions vary across the region.

The economies in East Africa are showing strong growth, but several of the poorest countries, especially those in the Sahel region, have suffered from droughts and conditions of insecurity which is causing hunger and hampering the recovery of their economies.

Suggestions offered in the report that might lead to sustainable recovery include providing additional fiscal stimulus and redesigning the stimulus and other economic policies to lend a stronger orientation towards measures that directly support job growth, reduce income inequality and strengthen sustainable production capacity on the supply side.

Other options include finding greater synergy between fiscal and monetary stimulus, while counteracting damaging international spill-over effects in the form of increased currency tensions and volatile short-term capital flows, ensuring that sufficient and stable development finance is made available for developing countries, and finding ways for credible and effective policy coordination among major economies.