Wole Soyinka: Reinforcing the Role of African Intellectuals in Development 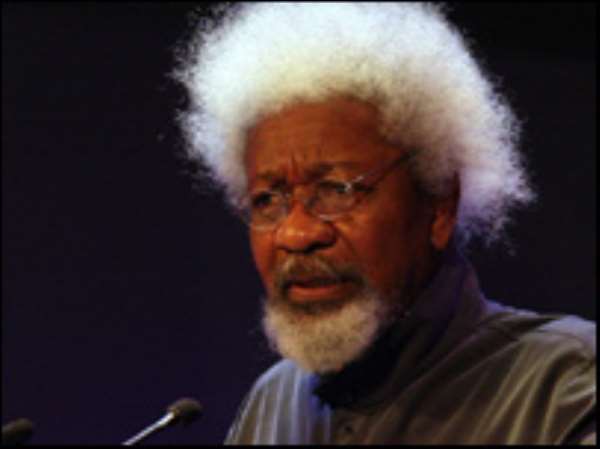 
Professor Wole Soyinka, first African Nobel Laureate in literature, will be the next guest of the African Development Bank's (AfDB) Eminent Speakers Program on 25 October 2010 in Tunis.

He will speak on “The Role of African Intellectuals in Africa's Development”. The AfDB President, Donald Kaberuka, will participate in the session.

Playwright, poet, novelist, essayist and the first African and black man to receive the Nobel prize in literature in 1986, Soyinka, 76, is among a rare crop of African intellectuals who contribute immensely to the economic and political debate in their countries.

He is unquestionably a man of action and ideas; an embodiment of benevolence, who helps nurture young minds while supporting the less privileged, and intervening in crisis situation to prevent conflict.

In 2008, for instance, he urged militants in Nigeria's Niger Delta region to “replace their armed militancy with intellectual militancy in their struggle for justice, good economic governance and equity in our country.”

He established the “Wole Soyinka Prize for Literature in Africa” with a cash value of US$20,000. The prize was established in 2005 by a global non-governmental organization (NGO), The Lumina Foundation. Considered as “Africa's Nobel Prize”, it was established as a prestigious award in his honor in order to celebrate excellence and intellectual work provided to people of diverse cultural and linguistic backgrounds. The prize, which is awarded every two years, aims at honoring people whose talents have had a positive impact on society.

Soyinka is a pragmatic writer and views the new Information and Communication Technology (ICT) era with realism, underscoring the role of new media and their influence on the public and users. For him, new media users should use it to enhance good governance and the continent's development.

“Sometimes I think the inventor of the internet should be decorated, given the key to the city, put on a white horse, and then…hung from the nearest lamppost,” he joked; “it's amazing how technology has been used for libel, ignorance, and the abuse of the notion of freedom. That's why I stopped at email”. But “in more atavistic zones,” he said, “expressing the hope that the internet will contribute to the exposure of corruption and violence”..

Similarly, on celebrations of 50 years of independence in many African countries, Soyinka wondered: “if we are “truly independent” – autonomous, equal partners in every conversation, be it between nations, or between two human beings. “I am passionate about governance and development issues in Africa,” he stressed during an interview with a winner of the award that bears his name.

The event will, without a doubt, provide an excellent platform for sharing experiences and best practices from other parts f the world that have successfully reached out to their Diaspora on development issues.

The AfDB Eminent Speakers' Program, launched on 2 March 2006, is part of a framework to enhance the Bank's visibility as a knowledge institution. It is designed as a platform on which African leaders and world renowned persons can share views on daunting development challenges facing the continent. While providing opportunities for Bank staff to interact with distinguished thought leaders and exchange ideas on how the continent's development agenda can be achieved in the near term, eminent personalities can set out, through the program, their visions for posterity; visions that may inspire current and future African leaders.