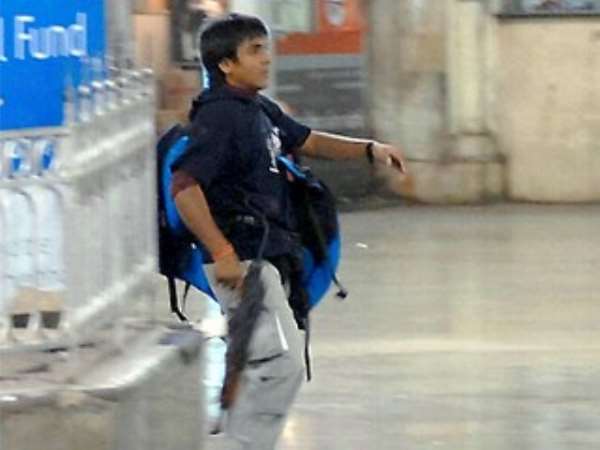 One year has passed to 26/11, the biggest terror attack, India has ever witnessed. Still there is a feeling of sadness and anger among the people of India. Country can't forget how the ten terrorists, sponsored and supported by Pakistan, entered and attacked the commercial capital of the country, Mumbai. Last year, on the evening of 26 November, 4 important places in Mumbai were targeted and 183 people were killed by these cruel terrorists, whereas over 400 people were injured. Besides civilians, security many security forces officers also lost their lives. This fiasco ended after 60 hours when 9 out of 10 terrorists were killed and the 10th terrorist, Ajmal Aamir Kasab was caught alive. Kasab is still under trial for that inhuman incident and the entire country is eagerly waiting for his execution.

Undoubtedly, most affected people are those who lost their near and dear ones in 26/11. Nobody can feel more pain than them. But the people of the country today want to know that after one year of 26/11, what we learnt from that incident? And what steps are taken to avoid repetition of such terror attack? Besides, the country also wants to know whether Pakistan too has learnt from 26/11. Has Pakistan now decided not to let the terrorists operate from its soil to attack India? And what is the position of the same Pak sponsored terrorism, in Pakistan? Whether the demon of terrorism is under the control of Pakistan army and Pakistan administration or not?

Firstly, if we see the social and political situation in the country after a year of 26/11, we can see that cooperation between the Centre and the States, to fight terror, has increased. For quick response to any terror attack, many steps are being taken to increase the commando strength. Anti-terror teams of commandos and special zones are being set up. Modern ways are adopted to keep a watch on the coastal borders of the country and the strength of the Coast Guard has also been increased. Other such steps related to security are in progress.

All political parties are one on the issue of fighting terror. Security arrangements are ensured in sensitive places in the country. The government of India is trying to shield the country from terror attacks on the lines of post 9/11, America.

As far as the social situation is concerned, after 26/11, the country has also become more united across communities and regions. The entire world seen that the Muslim Council Trust of Mumbai declined to bury the bodies of 9 terrorists in the Muslim cemeteries. The Muslim Ulemas also supported this decision of the trust by saying that the attack of 26/11 was entirely anti-Islam and inhuman. Therefore, the terrorists involved in the attack don't deserve to be called Muslims, so there is no question of providing a burial place to them in a Muslim cemetery. While this attack united all castes and communities in the country, the people of the Muslim community organized peace marches as well as demonstrations against Pakistan in many big cities of the country. On the whole, we can say that after 26/11, the country has become united in the same way, as was during the Kargil war.

As far as post 26/11 Pakistan is concerned, the entire world is seeing its deteriorating situation. As a neighbouring country, India always wants a peaceful and prosperous Pakistan. India is aware of the fact that if there is fire in the neighbour's home, the heat is felt to the neighbours also. But the condition of Pakistan has reached such a level, where one can't hope easily for return of peace and prosperity in that country. The demon of terrorism created and nurtured for attacking the neighbours, is now bent on destroying Pakistan itself. The headquarters of the ISI and the Pakistani army are the major targets of these jihadi forces. Daily there is more than one terror incident in Pakistan. Most of these attacks involve suicide bombers. These suicide bombers are not sent by India to carry out attacks in Pakistan rather these are the offspring of the Pakistani parents. There socialization and education is in Pakistan. And as a result of the wrong policies of the Pak rulers, these are today challenging Pakistan itself. No country should ever pass from such a phase, as Pakistan is today. Even the Indian people are disturbed by the regular attacks in Pakistan, particularly Peshawar, but in such a situation, we Indians can't do anything more than mourning.

We are more concerned that notwithstanding all these facts and the grounded image of Pakistan in the world, the responsible people of Pakistan are still giving childish and irresponsible statements. Such irresponsible people sometimes decline to accept Kasab as a Pakistani, sometimes some Pakistani intellectuals start calling Kasab a terrorist related with Hindu community because there was a red thread tied on his right wrist during the attack. Whereas the former Prime Minister, Nawaz Sharif didn't hesitate in accepting Kasab as a Pakistani citizen. Similarly, instead of learning lessons from 26/11 and committing itself to non-repetition of such incident, Pakistani rulers are busy in finding the possible 'hand' of India behind the disturbance & terror attacks in Pakistan, even if a Pak based terror group takes the responsibility of the attacks.

Here again, I want to talk about the testimony of the defence minister of Pakistan, Ahmed Mukhtar after 26/11 in which he publicly accepted that had the Jamaat-ud-Dawa, the parent organization of the LeT, not been banned, Pakistan would have been declared a terrorist state. As a result of such wrong decisions of nurturing terrorism, today the current and former Pakistani rulers are being seen saying that Pakistan needs sympathy, not accusations and criticism. No doubt, India has full sympathy with Pakistan but first Pakistan will have to liberate itself from such fracas jihadis so that peace can prevail in Pakistan and India too can be saved from the repetition of 26/11.


(About the Author)
Author Tanveer Jafri is a columnist based in India.He is related with hundreds of most popular daily news papers/portals in India and abroad. Jafri, Almost writes in the field of communal harmony, world peace, anti communalism, anti terrorism, national integration, national & international politics etc.He is a devoted social activist for world peace, unity, integrity & global brotherhood. Tanveer Jafri is also a member of Haryana Sahitya Academy & Haryana Urdu Academy (state govt. bodies in India). Thousands articles of the author have been published in different newspapers, websites & newsportals throughout the world. He is also a receipent of so many awards in the field of Communal Harmony & other social activities.