Turn off the Diabetes Tap - Turn Media on! 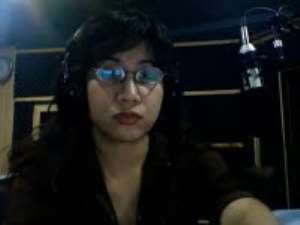 Diabetes is one disease that can be influenced by the consumption of unhealthy foods. There are approximately 250 million or roughly 6% of the world's adult population affected by diabetes. The use of media tools on health care promotions and campaigning is growing but much more needs to be done to ensure that more positive messages reach a greater number of people in the world. The media can be used as a tool to spread disease prevention messages.

"Either we spend all our time mopping the floor, or we get up and turn off the tap," said Professor Jean Claude Mbanya, the new president of InternationalDiabetes Federation (IDF) during the 20th World Diabetes Congress held in Canada.

The most effective way to turn off the flowing diabetes tap from flooding all over is to give education to people as the slogan of World Diabetes Daythis year focusing on 'Understand Diabetes and Take Control', says. There is a need to influence people to be concerned about what they eat so that they can prevent the onset of diabetes.

It has to be a big poke to get all attention. The fastest way is turning the mass media spotlight on the disease. However, in Chiang Mai, Thailand, as in many parts of the world, the media often fail to give adequate attention to the problem of diabetes.

Apichai Mathavaphan, a senior radio announcer and news reporter of MCOT Broadcast Chiang Mai FM 100.75 Mhz. explained that, "There are 13 main Radio Stations in the Chiang Mai, 13 FM stereo and 2 AM, which belongs to Government. And under the new Institution Law 2540 - there are 329 new community radio stations registered in Chiang Mai, 80 - 90 of them are broadcasting radio program daily at the moment."

"The benefit of this is Chiang Mai people can have more choices to listen to what they really like, on the other side some people might not be able to reach the good programmes because there are too many on the radio" said Siripong Wattanapaiboon Director of GSSM Radio Station Broadcast, FM 91.75 Mhz.

"When there are too many radio stations broadcasting at the same time, sometimes it interrupts the other channels and the problem is lack of quality control," said Rattanaporn Suvagodha, Vice Director of Voice of Mass Communication Chiang Mai University FM 100 Mhz.

Despite the fact that Chiang Mai has so many open channels to communicate with audiences including newspapers, television stations, radio stations and other media, many of the outlets lack funding and depend on sponsorship from businesses. As a result, they give very little attention to health-related issues.

"There is not enough health programmes on radio. The DJs themselves don't have deep knowledge about diseases. They are not doctors. They might read something from the newspaper, search online or invite the experts," said Siripong. "When diabetes and other non-communicable diseases which are causing many deaths each year are now increasingly perceived as major issues in society, the media is turning to new diseases such as 'Virus H1N1'. That is how real issues impeding people's health like diabetes have been forgotten" he added.

"In the past, often the media have focused on diabetes campaign a week or two before start of an event without giving continuous education or updating people on prevention efforts. We often talk about things when it's too late. Considerable damage has been caused already by then," said Yanyong, the Head of Radio National of Thailand, Chiang Mai, Thailand. "This way it's like 'building the fence for the lost cow" said Yanyong.

According to Nopniwat Krailerg, Editor of LannaThai-news newspaper in Chiang Mai, media organizations were not in touch with health organizations which campaign on diabetes-related issues.

"We do not often receive any updated information from government or organizations themselves on health issues, if you send something good to us that I find interesting why will I not share it with other people" he said.

"I've been working on health radio program for 8 years and 9 months. I could say that changing people's consumption behaviour is very hard," added Apichai. "In the next few years Thailand will have more elders in society than ever before, because the number of elders is going up to 20% of our population, owing to increase in life expectancy and decline in birth rates among other factors. We have to ask the government and policymakers how much they are prepared for this eventuality" he added.

"The challenges in our work is funding," said Yanyong Somchit, Director of National Radio Thailand (Chiang Mai) while Jareat Hommak, Head of Siang Sam Yod Radio Station also express his concerned at the same point, "The government and policy makers should support the media sector much more than this, people especially with low incomes still listen to radio for information but I think the government doesn't give enough importance to media yet."

"I think we need to make people understand that actually diabetes and non communicable diseases are not far from them, and we should use all media to give education to people, also set up campaign or activities in the community and school to support as well," said Sayomporn Ano the Head of Rajchabhat Collect Radio Station Chiang Mai. "Media knows how to efficiently communicate using their medium, so it is likely to be successful" he said.

Media and health organizations need to work together to provide more information about diabetes. The use of media can potentially assist many people to know about the disease, ways to prevent it and existing services and approaches to take better care of people living with certain conditions like diabetes.