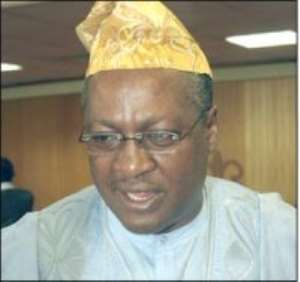 Vice President John Mahama on Thursday said government was addressing the global economic recession head on, through prudent fiscal and financial measures to limit the negative impact on business and ensure quick recovery of the economy.

Some of the measures being adopted include cuts in public expenditure and robust resource mobilisation.

Vice President Mahama was speaking at roundtable organised by the Graphic Communications Group Limited (GCGL) on the theme: “Turn-around Strategies During Global Recession,” in Accra.

He said government was careful in balancing its act to ensure that the approaches did not harm the growth prospects of businesses and to put the economy on sound footing for growth.

His speech was read on his behalf by the Deputy Finance Minister, Mr Seth Tekper.

Vice President Mahama said this balanced approach towards the economic recovery process required strong partnership between government and private sector in addressing the challenges to absorb the shocks.

He stressed: “To survive the impact of this recession, we need to rethink and re-engineer strategies in order to move the country forward in the right direction.”

He said a key lesson from the crises was the need for government through its institutions to perform oversight responsibilities adequately, adding that the performance of the task should not interfere with the growth prospects of businesses.

Vice President Mahama said the crises had shown the world that it was not time to be complacent but to remain focused on strategies that could bring lasting and sustained prosperity.

Dr Joseph Amoako Tuffuor, a tax advisor at the Ministry for Finance and Economic Planning, who spoke on the policy measures government was undertaking to deal with the crisis, said because the country's economy was vulnerable to external shocks, there was the need to develop gate keeping measures to contain the weaknesses.

As a solution, he suggested the need to streamline domestic tax revenue mobilisation measures in order to broaden the tax base and minimize tax deductions to resuscitate the economy.

Dr Tuffuor said government was adopting short to long term measures to tackle the effects of the crises, including building international reserves to at least three months on import cover, reducing public debt, and improving cash management system as well as a comprehensive public sector reform.

Government is also developing a comprehensive debt strategy and aid policy document to co-ordinate how external resources are used in engendering growth in the economy.

He said while there were signs of improvements in the economy, the country was not out of the woods yet and that continuous fiscal and sound monetary management was required to ensure growth.

Mr Ibrahim Awal, Managing Director of GCGL, said the forum was organised to engage business executives to share ideas on how to tackle the global recession and its impact on developing economies.

“Management hopes that with this sort of intellectual and pragmatic engagement, we would be able to find a lasting solution so that come next year, Ghana would be better off than it is today,” he said.