By Our Business Reporter - newtimesonline.com 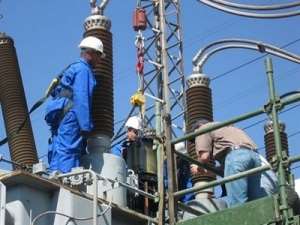 EIB, through the European Union-Africa Infrastructure Trust Fund, has approved a 1.75 million euro grant to the West African Power Pool (WAPP) to finance pre-investment studies for a 330 kV transmission link from Riviera in Côte d’Ivoire to Prestea in Ghana.

The studies will address the final missing link of the Coastal Transmission Backbone, a priority project which will establish a stable connection from Riviera in Côte d’Ivoire to Ikeja West in Nigeria, passing through Prestea, Aboadze, Volta in Ghana, Mome Hagou in Togo, and Sakete in Benin.

The project is of strategic importance to WAPP which aims to establish a regional electricity market in West Africa by developing key infrastructure projects that foster power exchange across the sub-region.

WAPP’s ultimate objective is to interconnect the region’s economic energy resources, facilitating power exchanges for the benefit of all involved countries.

The agreement was finalised at the EIB headquarters in Luxembourg in the presence of the WAPP.

Participants welcomed the grant and underlined the importance of maintaining the momentum of the development of energy projects during the current financial crisis.

The studies will be funded by the EU-Africa Infrastructure Trust Fund which was established jointly by the EIB, the EU member states and the European Commission in 2007 to foster investment in regional African infrastructure projects.

This is the first EIB operation in Côte d’Ivoire since signing an agreement with the Côte d’Ivoire Minister of Economy and Finance, Koffi Charles Diby, on May 19 to reduce the country’s level of debt to the bank within the framework of the Heavily Indebted Poor Countries initiative.

As such, this underlines the bank’s commitment to working alongside Côte d’Ivoire to ensure poverty alleviation and economic growth.

The EIB is instrumental in implementing the EU’s development and economic co-operation policy in countries outside the Union and has been a development partner in many African, Caribbean and Pacific (ACP) countries since 1963 through a series of lending mandates from the European Council.

The current mandate is based on the Cotonou Agreement of June 2000.