Is June 4 Uprising worth celebrating? 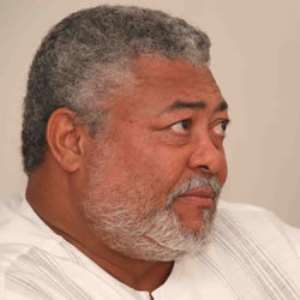 June 4, 2009 marked the thirty years since some junior officers of the Ghana Armed Forces toppled the then Supreme Military Council (SMC II) headed by General Akuffo.

The June 4th Uprising culminated in the execution of three former heads of state (General Ignatius Kutu Acheampong, General Akwasi Amankwaa Afrifa and General Akuffo). Other military top brass were also not spared from the monstrous anger of the trigger happy junior ranks of the Ghana Armed Forces.

The June 4th brought Flight Lieutenant Jerry John Rawlings and his Armed Forces Revolutionary Council (AFRC) to the tutelage of the affairs in this country. The event and it scenario has been described by historians as one of the darkest and most ghastly period in Ghana's history. After three decades bitter memories still linger in the minds of Ghanaians especially those who lost their loved ones and had their properties confiscated.

Time has dissolved so quickly that June 4th has approached 30 years since it forced its throat into Ghanaians. It is important that we look and examine the June 4th Chapter in Ghana's history. Today I want to take a fair analysis on the irrelevance of the June 4th Uprising. You cannot talk about June 4th and leave 31st December Revolution in isolation. The two are complimentary. In statistical dynamics we say that the two are mutually inclusive.

Firstly, there was as an attempt to restore civilian rule through the 1979 election which the Akuffo government was preparing the country towards. So if anyone says that the June 4th restored and created the Third Republic I would not sit with the person in the same lecture theatre.

Secondly, the June 4th Uprising was an attempt by the junior officers in the Ghana Armed Forces to get hold to power and try to punish the senior officers who they claimed hitherto had been enjoying all the delicacies of the state. The junta was born out of the desire to satisfy the longing of some selected people in the beret fraternity.

Thirdly, the uprising was bloody. This was the first time in Ghana that a military take over has been so draconian and people been killed. People were tied to the stacks and shot like beast. People were tried in a 'kangaroo' court and were handed down predetermined sentences. No legal brain or an attorney could have defended any of the accused person been tried by the kangaroo court to change what has already been planned.

Fourthly, the principles which guided the uprising were not adhered to. The motto of the June 4th and its adherents were: FREEDOM, JUSTICE, and ACCOUNTABILITY for GREATER TOMORROW. A cursory look into the reign of the AFRC/PNDC would attest to this saying. The fundamental human rights of Ghanaians were violated. People were abducted from their homes and killed. Justice and accountability became just a by word of the regime but not a doing word.

Another reason was that the June 4th defeated their core principles. One of the reasons or the charge which the AFRC levelled against General Akwasi Amankwaa was that he led putsch that overthrew the constitutionally elected government of Dr. Kwame Nkrumah. For his offence he had to face death sentence because the Armed Forces Act said so. The same person who signed the death warrant of a man who toppled a constitutionally government later turned back to overthrow the Third Republic government headed by Dr Hilla Limman. What a blatant hypocrisy? I always tell people that if June 4th had happened in 2009 I think some junior officers would find the same clause to roll over the penalty on orchestrators of the June 4th (2009)as the law says.

We therefore need not to celebrate June 4th as public Holiday Amendment Act of 2001 has scraped it from our status book. We cannot be celebrating good governance whilst lauding a military regime which sat on the neck of the people and deprived Ghanaians from their unalienable rights of freedom and the pursuit of the happiness. Ghana is where it is now in its development strides because of military interferences. I do not speak to defend any military take-over in this country whether 24th February or 4th June. Truth is absolute. Today our Asian contemporaries are making forward strides in their development strides and we are still at the Beautiful Gate begging for money as the cripple did in the Acts of the Apostle 3:2 and importing everything into the country from toilet roll to tooth pick.

Finally June 4th as a chapter in Ghana's history has caused more harm than good. It created more problems than it perceived to have been solved. The clock of Ghana's progress has been retrogressed. For less than forty years Asian countries like Japan, Thailand, Indonesia, Singapore and Malaysia have been able to move their economy forward from Third World to a better World. We have caused the average Ghanaian to be poorer now than he was in 1960. We have wasted time as a nation.

President John Evans Attah Mills and his vice John Mahama has proved to Ghanaians that June 4th is not a sacred day in Ghana and that they would not waste their time to be present at any of such event to celebrate the day. They have listened to their inner most voice and had shunned the voices of cadres within the party. We need to uphold democracy and promote it and not be having rendezvous with an 'illegality'.

Credit: Appiah Kusi Adomako (An international freelance writer and writes from London. He can be contacted through)
Email: [email protected]