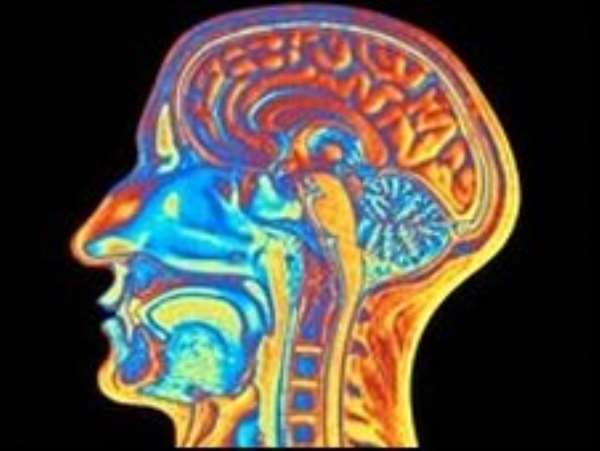 
Scientists say they have located the brain areas that may determine how sociable a person is.

Warm, sentimental people tend to have more brain tissue in the outer strip of the brain just above the eyes and in a structure deep in the brain's centre.

These are the same zones that allow us to enjoy chocolate and sex, the Cambridge University experts report in the European Journal of Neuroscience.

The work suggests that some people may get a similar buzz from being sociable.

It could also lead to new insights into psychiatric disorders where difficulties in social interaction are prominent, such as autism or schizophrenia.

The brain scan study was carried out on 41 healthy male volunteers.

The men who scored higher on questionnaire-based ratings of emotional warmth and sociability had more grey matter in two brain areas - the orbitofrontal cortex and ventral striatum.

The researchers say it is not clear whether the men were born with these brain differences or whether the brain regions in question grew in response to personal experiences.

Pleasure zones
Experts already know that the striatum becomes activated by receiving compliments and the orbitofrontal cortex is activated by attractive faces and smiling.

"This research helps us understand at a biological level why people differ in the degrees to which we express those traits.

"It's interesting that the degree to which we find social interaction rewarding relates to the structure of our brains in regions that are important for very simple biological drives such as food, sweet liquids and sex.

"Perhaps this gives us a clue to how complex features like sentimentality and affection evolved from structures that in lower animals originally were only important for basic biological survival processes."

Professor Simon Baron Cohen, of the Autism Research Centre in Cambridge, said: "This is an important study in showing that the degree to which we find socializing rewarding is correlated with differences in brain structure.

"It reminds us that for some people, socializing is an intrinsic reward, just like chocolate or cannabis. And that what you find rewarding depends on differences in the brain.

"This research teaches us about individual differences in a typical sample, but has implications for our understanding of clinical conditions like autism, where socializing may be less rewarding."