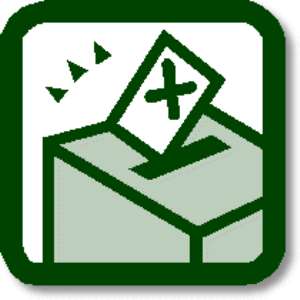 Americans go to the poll to elect their president, members of Congress and the House of Representatives in about two weeks time. American elections dominate every newspaper page and television screen all over the world.

From the peasant farmer in the Philippines to the taxi driver in Tuobodom, people always take a stand with regards to who becomes the next president of the last surviving superpower in the world.

Whatever affects America directly has its indirect effect in other parts of the world. The recent market crashes and its credit crunch started in the US and within a short frame of time it has spread across the whole world like a fire.

Those of us in Ghana, as we have decided to go by democracy where the power of the ink-doused thumb is more powerful than the monstrous anger of all the guns and rifles in Burma Camp it is important to carry our democracy and electioneering process on the high plane of dignity.

Though it has become unwritten custom that politics is a dirty game and that men of high nobility cannot play it without singing to the dirty rhythm I still believe that politics can be made more honourable and dignified than the way we see it. Mahatma Gandhi once said that he is not a saint who is trying to become a politician but rather a politician who is trying to become a saint.

Early this week, the former US Secretary of States, Collin Powell came forward to throw his support behind Democrat Senator Barak Obama as his preferred candidate for the president over his own party's choice Senator John McCain. Collin Powell has been pressed by inconvenient inner truth such that he could not allow his political affiliation to prevent him from openly supporting someone from the other side. In life there comes a time where we need to stand with the truth and not be ashamed to declare our support for a worthy cause.

Collin Powell's assertion that Obama possess the qualities of a leader which America needs now is indicative of the fact truth cannot be hidden. In our elections in Ghana there is nothing wrong in union groups like the TUC, NAGRAT, GPRTU etc based on credible facts to declare their support for a particular candidate because of what he stands for on an issue.

Issues and not political lineage

As Obama once said, his story is only possible in America where a child of an African migrant can rise to this level. In every election what drives voters in America is the political message and not the party loyal ty of members. Condoleezza Rice was a staunch member of the Democrat Party.

She left the party to become a Republican due to what she considers President Jimmy Carter's handling of the US Embassy Siege in Iran. How could we explain Rudolph Giuliani's daughter signing on in Facebook to support Obama's candidature when her father was also vying for the Republican party slot?

On the contrary, here in Ghana parties trust their 'World Banks.' It is not wrong for one to say that political parties in the country do not carry any strong messages and that to be able to remain active in the race the use of insults and tribal sentiments becomes the only weapon. Ask any average voter in the US election why is he or she voting for McCain or Obama. The voter would be able to give you a specific reason for the choice of the candidate.

In this country no matter how a party like, for example, Dr. Nduom's C.P.P comes out on a brilliant issue like poverty reduction, strengthening of the educational and health care system, combating crime or environmental issues voters might still decide to either stay with NPP or NDC.

Because a government in power always thinks it has its stronghold backing them-like a marriage contracted before the priest-whether good or bad, poverty or richness, life or death-whatever happens people would still vote for the government even if the president commits an impeachable offence like what Richard Nixon did in the Watergate Scandal.

We have come such a long way in our democratic dispensation to allow issues to guide us in the choice of leaders, whether in the choice of the president, MP, presiding member, assembly member or unit committee member. If we decide to follow this cause it would mean that politicians can no longer keep us in the darkness and still expect us to vote for them.

Even as we press on to our December elections, there are so many issues that we need to know where the candidates stand. One of them is the rising spate of armed robbery. What would he do when he comes to power? What difference would be made as it is pertaining to now? On the issue of quality education-bridging the gap between those educated in the cities and the rural area, what would be done to bridge the gap? Voters want to know what would be done about the rising spate of accidents on the roads. The Ghanaian voter wants to know what would be done to reduce Ghana's reliance on external aid. Again, the same voter wants to know how corruption can be tackled fiercely in the country.

Besides this, the Ghanaian voter is fed up with the stale bread of political insults and tribal campaigns. The Ghanaian voter has now seen the light that he is not a discouraged beggar whom a mere cheap political point can be used to satisfy.

TRUMPET OF CONSCIENCE wants to add its voice to what religious groups in the country have been saying about the election. We are too great a nation to limit ourselves to the mediocrities and cheap political campaigns devoid of real issues affecting the people.

We want an election conducted on a high plane of dignity whereby every party -whether NDC, NPP, PNC, CPP, DFP - would accept the outcome of the election, whether coming losing or being the winner.

There is a song which I like to quote: God is watching us. Everybody is looking to us to set the standard.

The writer, Appiah Kusi Adomako, is an international freelance and professional speech writer and writes from London. He can be contacted through: [email protected]

No one is above the law except the President - Oliver Barker...
56 minutes ago