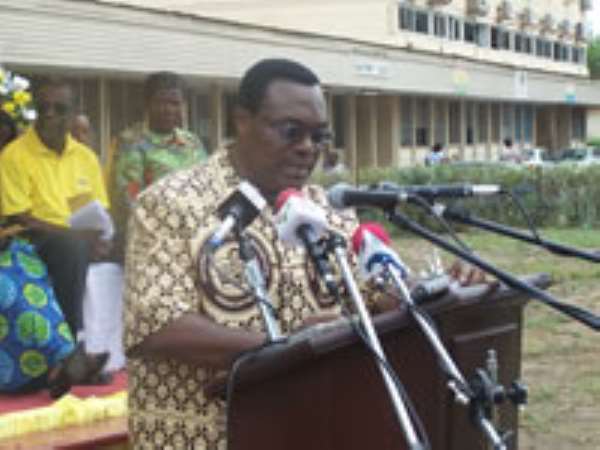 
Mobile Telecommunications Network (MTN), Ghana's number one mobile telephony company has once again reaffirmed its commitment to the society with the launch of yet another ground breaking project – the MTN Ghana Foundation Health Flagship Project.

The MTN Foundation Health Flagship Project was launched at the Korle-bu Teaching Hospital in Accra. The Foundation also launched a project to refurbish the second floor of the hospital's maternity block labour ward and theatre in pursuant of MTN's corporate responsibility.

The US$600,000 project is expected to be completed in six months. The project on completion will bring remarkable improvement to the second floor of the Korle-bu Teaching Hospital Maternity Block.

In a welcome address, Ms. Mawuena Dumor, Executive Secretary of the Foundation, said MTN set up the Foundation and brought in distinguished Ghanaians to help achieve the company's aims of enriching the communities where they operate. She also said, the hospital's maternity block was chosen because they want to help in the efforts to cut down infant mortality in the country.

Minister of Health, Major (rtd) Courage Quashigah said government is working hard to reduce infant mortality rates in the country to reflect current developments in the country. The situation in Ghana currently is 540 deaths in every 100,000 births, according to the World Health Organisation (WHO).

He also said the government is working at a comprehensive abortion services in line with the country's laws. The minister said more younger midwives are being trained to take over from the older ones.