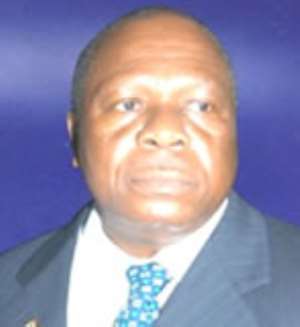 
The High Court Judge, who sentenced the MP for Keta, Mr. Dan Abodakpi to 10 years in jail, has admitted suspending his judgement to meet a fellow judge who has been accused of influencing his decision.

Justice Stephen Farkye, the trial judge, however, says meeting his colleague judge did not influence his decision.

The other judge, Justice Henrietta Abban who is also a High Court Judge is being accused of calling Justice Farkye in the middle of his judgement and directing him to give the Keta MP a harsher sentence.

Justice Farkye however says the meeting did not affect his judgement.

The Court of Appeal Monday, December 3, 2007 heard arguments on a motion filed by lawyers of Dan Abodakpi seeking to submit fresh evidence, which they hope, will influence his appeal and a review of the judgment.

Tony Lithur, Counsel for Mr. Abodakpi said in court that he has fresh evidence to show that Justice Farkye initially was going to sentence his client to four years in jail, but after he was called outside the court in the middle of the judgement by Justice Abban, she told him to slap a harsher sentence on his client.

Tony Lithur was asking the Court of Appeal to allow him to submit fresh evidence in court, which he believes would lead to a review of the case and earn his client a lesser sentence.

Justice Farkye in an affidavit, admitted that he left the court room in the middle of his judgement to meet Justice Abban. But he said he went out for less than two minutes to collect copies of an Act he intended to quote in delivering his judgement from her.

The Director of Public Prosecutions, Gertrude Aikins has objected to the application, arguing that the fresh evidence being tended in court is not relevant to the substantive case as it is being submitted after the trial had ended.

The panel hearing the case is made up of Justices Kanyoke, Kusi Appiah and Yaw Appau. They have set Wednesday, December 5, 2007 for ruling.

In a related development panel members hearing the case Monday reprimanded the media for what they called its contribution to the sunken image of the judiciary.

The journalists covering the proceedings were asked to stand up and identify themselves as panel members expressed reservation about past media coverage of the case.

The action was triggered by an objection raised by lawyers of Justice Henrietta Abban to a publication in the Enquirer Newspaper which they claimed was in contempt of court. They demanded that the court compel the newspaper to apologise and retract the story.

External factors stripped off gains Akufo-Addo gov’t made in...
35 minutes ago