How Cop 15 has failed Africa 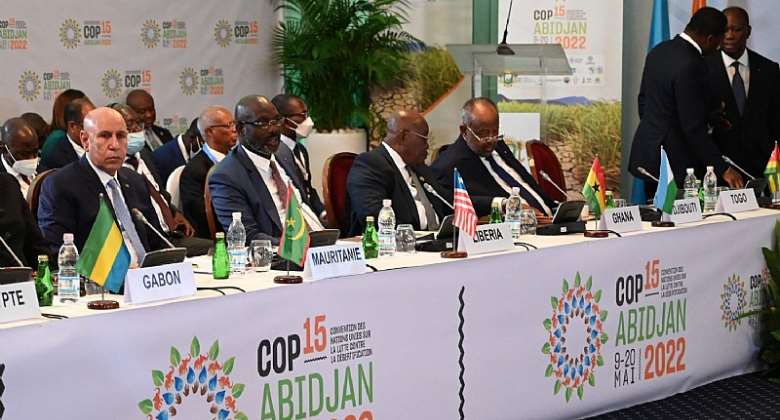 On the 7th to 19th of December 2022, delegates from 190 countries met in Montreal, Canada, to discuss the Global Biodiversity Framework agreement (GBF). The deal, though, felt like a setback to African countries as the amount of money committed to biodiversity fell short of expectations. The GBF also committed to slashing subsidies for agriculture inputs and fossil fuels, an act that undermined Africa's development agenda. The GBF should instead aim at increasing investment in innovative farming technologies. These technologies would help reduce the overuse of agricultural input. The agreement should also increase investment in low-carbon transition fuels such as natural gas. Such investment will allow Africa to transition to green energy with minimum negative economic impact.

The GBF is aimed at tackling biodiversity loss and what can be done to reverse it. Still, some of the commitments raise more questions about how they will be implemented. The question of how much western countries would commit to biodiversity conservation is a primary concern. Western countries are the biggest polluters and have primarily contributed to biodiversity loss in Africa. Consequently, these countries have a bigger obligation financially to fund conservation in poorer countries, especially in Africa.

According to scientists, to reverse the biodiversity loss, $722-967 billion would be required each year. In the agreement, western countries agreed to provide only $ 30 billion of aid for biodiversity. The amount is barely enough to achieve conservation targets set by GBF. Member states have only signed the agreement, which only shows commitment to the agreement. However, for the agreement to take full effect, member states must ratify the treaty, thus making it legally binding. Legally binding agreements such as the Paris agreement have been successfully used in climate litigation. Using climate litigation has allowed communities to demand more actions and funding for climate mitigation from governments.

The agreement emphasised the removal of harmful subsidies. Agriculture was noted to be one of the most significant drivers of biodiversity loss. Removing such subsidies, including pesticides and reducing fertiliser use, would spell disaster for Africa. With the population of Africa expected to increase, the demand for cheap food will also rise. Instead of reducing pesticide use, the focus should shift to the toxicity of pesticides since some pesticides are more harmful than others. For instance, botanical pesticides such as those from plants are less toxic to the environment than synthetic fertilisers. The agreement should seek to discourage and ban the use of highly toxic pesticides but allow farmers to adopt less poisonous pesticides. Farmers also need to be trained on sustainable crop production practices such as crop rotation and biopesticides, which can equally control pests.

Regarding fertilisers, the commitment to cut down on the use of fertilisers by half by 2030 is highly ambitious and unrealistic. African soils are characterised by poor fertility due to the low use of fertilisers. Although Africa has low fertiliser use, emphasis must be on subsidising the costly smart farming technologies that aim to optimise the use of fertilisers. Such technologies include precision agriculture aiming to provide crops with specific amounts of fertiliser, minimising overuse and underuse. Another option is increasing investment in viable bio-fertilizers that complement conventional fertilisers. Many African countries have a low bio-fertiliser production capacity due to insufficient funding. Such investment can take the form of grants and tax incentives to companies and universities researching and producing biofertilizers.

The agreement seeks to reduce funding for the extraction and use of fossil fuels through the backing of financial institutions. In Africa, 600 million people lack access to electricity. While there is a need to transition to cleaner energy, Africa cannot make such a transition fast enough. The cost associated with renewable energy (RE) is far greater than traditional fuels. These RE are highly unreliable and difficult to store. Large-scale penetration of RE requires advanced batteries and supporting technologies. Further, with global supply chain disruption affecting the importation of RE technologies, Africa needs to develop its own RE technologies. Technology transfer and knowledge sharing on RE technologies to African countries from western countries to Africa is a potential solution. Technology transfer would provide conditional rights to use and develop RE-related technologies in African countries. Ultimately technology transfer will enable African to manufacture these RE components, further reducing the cost of importing.

Although it is undeniable that fossil fuels are contributing to biodiversity loss, not all fossil fuels are entirely dirty fuels. For instance, natural gas, classified as a fossil fuel, is considered clean and can be used as a transition fuel to complement the unreliable and intermittent RE. Increased investment in producing natural gas in the form of concessional loans might offer the solution. Such loans would help fund drilling for natural gas wells and building the pipeline system. In the long term investing and scaling up in technologies such as carbon capture and utilisation (CCU) will be critical in the decarbonisation of natural gas. With CCU, the carbon dioxide captured from using natural gas is converted to valuable products such as plastics and concrete.

Africa faces many challenges, from food insecurity to inadequate energy resources. How western countries approach biodiversity conservation differs from how Africans approach it. Although the world needs a unified front to fight biodiversity loss, Africa must not accept proposals compromising our economies and food security.

David Marii is a writing fellow at the African Liberty