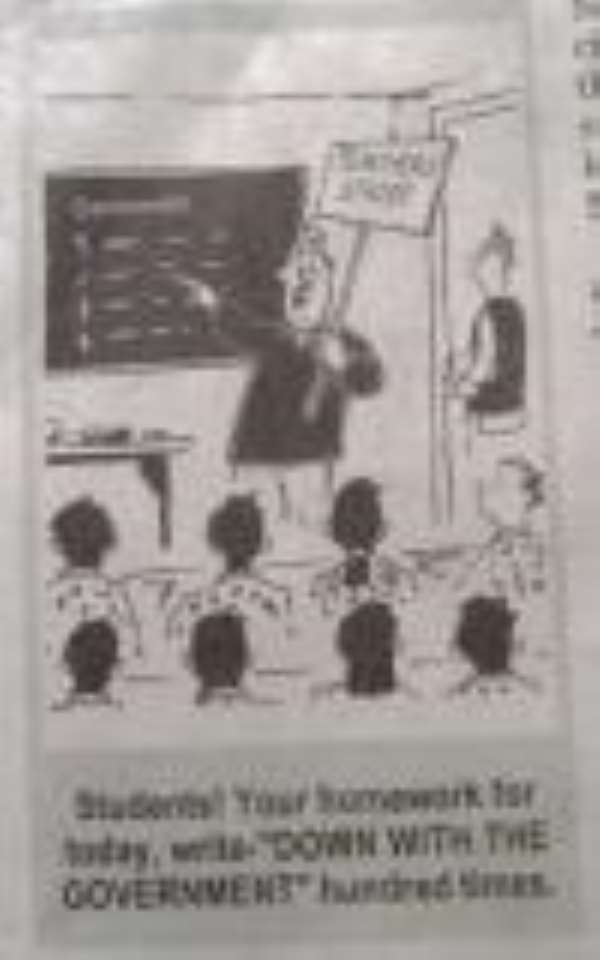 The Ghana National Association of Teachers (GNAT) has reacted to a suggestion that teachers should not be paid study leave, saying the suggestion is out of place.

"We wish to inform the Ghanaian public that paid study leave is an occupational right for teachers which is negotiated annually between the Ghana Education Service and GNAT based on factors such as teacher demand, the priorities of the GES in terms of courses taught in the classrooms and the imperatives of grooming dedicated and committed staff to take up top management positions in the GES," the association said.

Charles Aheto-Tsegah, Head of Planning and Development Partners Co-ordinating Unit of the Ministry of Education, Science and Sports, was reported in a front page story November 15 issue of this paper under the headline 'Stop teachers' paid study Leave' as suggesting the abolition of teachers' Paid Study Leave, describing the policy as a drain on education in the country, and arguing that many of the teachers do not return to teaching after their studies.

He proposed that teachers who intend furthering their education should be permitted to do so but not paid during the period of study, but rather rewarded when they return to teaching.

The GNAT rejoinder, signed by its General Secretary, Mrs Irene Duncan-Adanusa, described the proposal as unfair comments which could undermine an agreement between GNAT and the GES.

"For us as an employee association, this is a very naïve suggestion. In the wake of structural adjustment programme midwifed by the same development partner in the early eighties, it was proposed that labour development should accommodate itself with the policy of redeployment so that the right size of employees left could be amply rewarded.

Thousands of public sector workers were retrenched but those who remained are still grappling with slave wages. We therefore contend that this suffer-to-gain proposal will not work.

"Perhaps we need not gloss over another brilliant idea proffered by Mr. Aheto-Tsegah, that teachers should rather be rewarded when they return to teaching after their studies."

"The association asked Mr. Aheto-Tsegah to do more in-depth enquiry through probing the institutional memory of the sector ministry to establish how the policy of staff development was originated in the GES and has evolved to this stage.

"Furthermore, the interpretation Mr. Aheto-Tsegah put on the data he churned out during his presentation at the function is flawed. Indeed, it is an abuse of statistics.

"What Mr. Aheto Tsegah did was to match the newly enrolled students in a year with those graduating the same year which is never an accurate approach. Also, Mr. Aheto-Tsegah did not disaggregate the information on the basis of the different categories such as first degree, HND, and post graduate programmes.

"This approach is contentious and we challenge Mr.Aheto to disclose the source of his data so that we would validate it together.

"We wish to observe that since the teaching profession is a dynamic one, there is the need to continuously build the capacity of staff to deliver better on the job," the statement added.