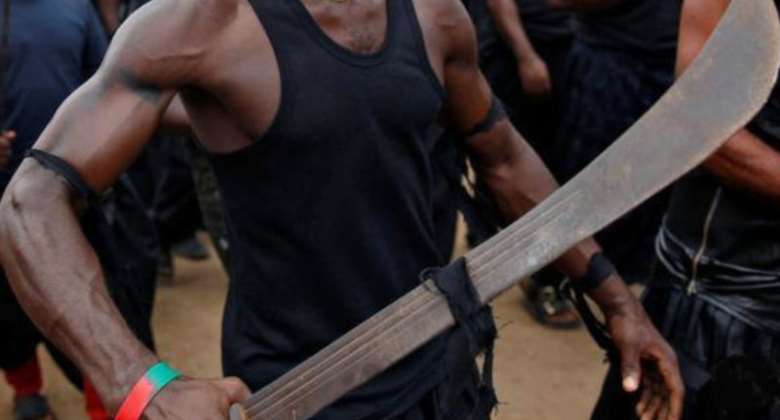 A phone repairer who inflicted machete wounds on a labourer following a misunderstanding over non-payment of rent has appeared before an Accra Circuit Court.

Raphael Abiwu, who has been charged with causing harm, pleaded guilty.

The court presided over by Mrs Patricia Amponsah convicted the accused person on his own plea but deferred sentence to December 1.

Abiwu has, therefore, been remanded into lawful custody.

Meanwhile, the court has ordered Abiwu to pay compensation of GHS5,000 to the complainant.

Abiwu informed the court that he had already paid the complainant's medical expenses worth GHS4,000.

The prosecution said on November 2, 2022, at about 0600 hours, the complainant in the company of two other witnesses in the case went to demand for rent from the accused person.

It said Abiwu refused to pay and told the complainant to go and come back after close of work.

The prosecution said that generated into exchange of words and a scuffle with the accused inflicting machete wounds on the complainant's head and left hand.

The prosecution said the complainant was rushed to the 37 Military Hospital for treatment.

It said a report was made at the Police at Baatsona and the accused person was arrested and the machete used in committing the crime was retrieved.