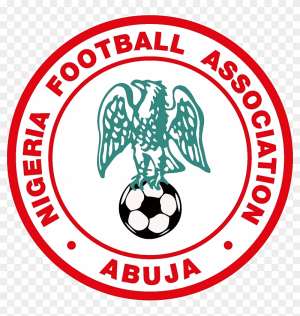 The popular Swedish football coach Sven Goran Eriksson has accused the officials of the Nigeria Football Association (NFA) of asking for half of his salary as a condition before he could have been given the Super Eagles job in 2010 for the preparation of the World Cup in South Africa.

According to a report by vanguard, the major reason Eriksson, the former England national coach, lost the Super Eagles job in 2010 was because he refused to ‘play game’. Eriksson was quoted to have made the revelation in his book titled “My Story”.

In the exact words of Eriksson as reported to have been written, he wrote, “After Nigeria lost the semi-final of the Africa Cup of Nations, the Nigerian FA had sacked the team coach, despite just four months remaining before the World Cup, in order to bring in a European replacement. Like many other African countries, Nigeria did not trust domestic coaches.

“I flew to Abuja, the Nigerian capital, to meet the Nigerian FA and, I thought, to negotiate the job as Nigeria manager. I knew the Nigerians had also shown interest in the coach of the Egyptian national team, but I assumed the job was mine if I wanted it. I should not have made that assumption.

“We met at the Hilton Hotel in Abuja. In the meeting room, perhaps ten people were sitting, as if on a panel, behind a table. Right away, they started asking stupid questions.

”After the meeting in Abuja, they told me that half of my salary will be deposited in a special bank which I rejected and that was why I was not given the job.”

The above narration as Eriksson was quoted to have written is so embarrassing. And to say that Nigerian officials were asking stupid questions makes it even very annoyingly libelous.

Who were those that sat with Erikson in that meeting? Can the current NFA officials investigate the claim and find out what the true situation was like?

In a society where things work properly, this is a heavy allegation that would be followed to a logical conclusion and culprits penalized. And if it turned out that Eriksson lied, he would face the legal music for the image and reputation he damaged.

We have in the past heard many allegations where a few Nigerian coaches had asked some players for money before they could be featured in the national football teams especially in the junior categories without public knowledge of any consequence. As reported, such an accusation involved one of the well-known international players today like the Austrian David Alaba who currently plays for Real Madrid. He is a very good example of the international embarrassment corruption has brought to Nigeria. But this very allegation by Eriksson that is already published in his book is the height of it all that should not be swept under the carpet as usual.

If an individual can address officials of a country in the manner Eriksson did by saying that NFA officials were asking stupid questions; how do you think that Nigerians or even blacks in the western world would be respected?

What a fabulous insult, and what a country!

I weep for Nigeria.