By Foundation of Accountability and Governance
Press Release 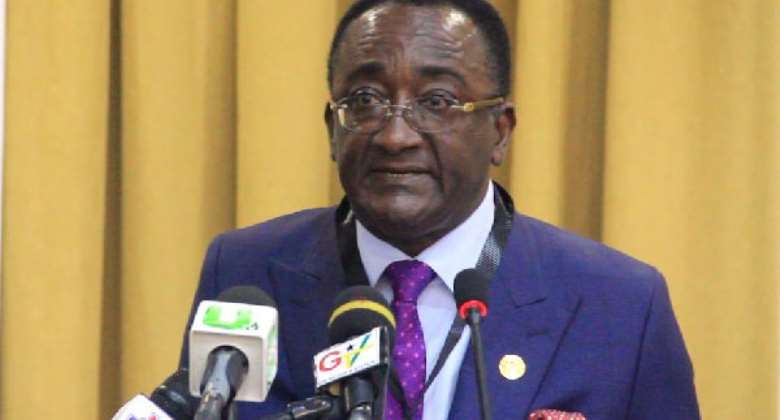 We have come across a statement posited by the Managing Director of Citi FM, Mr Samuel Atta Mensah during the Morning Show Programme of Citi FM on 4th November, 2022 and published by numerous media platforms.

During the interview, he made a call of which we strongly disagree, and as a result, seek to dissent. He claimed that, the Planting for Food and Jobs (PFJ) is a total failure, and that, amidst the calls to sack the Finance Minister, the Agric Minister should also be sacked for non performance.

We wish to categorically state without ambiguity that, the Agric minister, Dr. Owusu Afriyie Akoto has performed very distinctively, and it is his ministry, under his guidance and tutelage, that has single handedly steered the Country, before, during and after the Covid-19 pandemic. While many countries were wallowing in hunger and struggling with food shortages, Ghana was blessed with food through out the pandemic. The planting for Foods and Jobs has and is a success due to the many jobs it has created and food it has produced through all the modules, and its sustenance of the economy.

In furtherance, out of the 2.6 billion invested in the PFJ for the past five (5) years, it has raked in 50 billion Ghana cedis worth of food as returns.

According to the GSS, the Agric sector grew by 8.4% in 2021 alone as compared to the other sectors, making it the highest Agricultural sector growth in the history of the Country after the 7.6%, second highest growth rate, in 2008 under former President John Agyekum Kufuor. If Mr. Atta Mensah has any contrary data to that of the GSS, he may produce for further elaboration and discussion, if not, then he has no locus to call it a failure while it has presented itself per the statistics as the best in the history of the Country.

More over, there has been a consistent mistake by many people regarding the equation of food availability to market price, which is a huge economic analytical mistake, and Dr. Akoto has severally sought to clear the air but due to propaganda and personal interests, people such as Mr. Samuel Atta Mensah have severally sought to ignore this knowledge.

In furtherance, he through the interview sought to blame the current economic hardship on the the Hon Minister, of which it totally lacked substance. Because, if we may enquire, is the venerable Minister and his Ministry responsible for the management of the cedi, fuel prices, transportation fares, etc?

It is trite knowledges that, there is a huge availability of food in our markets, and so, if prices are high, it is due to other external forces and certainly not on the failure of the Ministry with its mandate to make available enough Food for the Nation. It is worthy of note that, according to the September inflation report by GSS and also President Nana Addo Dankwa Akufo-Addo, during his address to the Nation on the Economy on 30th October, 2022, it was stated that, the increasing cost of living which is the number one concern for all of us is driven by the fast escalating fuel prices at the pumps, which is caused by high crude oil prices on the world market and the Country’s depreciating currency.

The managing director of Citi fm also made reference to Dr. Akoto’s statement about his ministry’s plans to make food available in the markets at a cheaper price and tagged it as irrelevant and unsustainable. I believe such an innovative policy to help clamp down the price irregularities in the local trade by some market women who want to take advantage of the prevailing economic conditions, should be applauded, encouraged for fruition and never to be condemned.

Dr. Akoto has served our country well in so many endeavors and he is unmatched in all aspects. So we find it a bit problematic for Mr. Samuel Atta Mensah to have issues with the public’s perception of a perceived presidential ambition of Dr. Akoto. In fact, many Ghanaians including ourselves support the presidential ambition of his anytime he concludes on contesting because we believe he would complete his term of office as one of the best Presidents that has ever ruled the Country due to his peerless performance at the Agricultural Sector of Ghana.

Foundation of Accountability and Governance