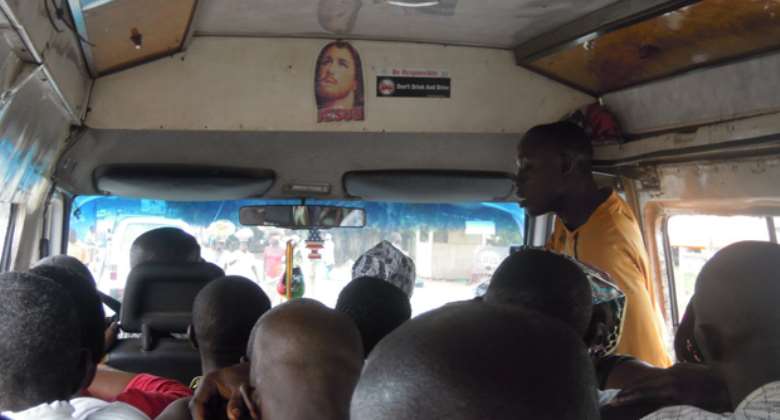 Commuters and others are reeling under the incessant rising fares and commodity prices especially, in Accra.

It is so arbitrary as it were, that commuters are unable to tell how much they would be paying the next day. All they can do is wait for the decisions of the drivers' mates and traders.

Their arbitrariness does not match the cedi depreciation especially, in the past few weeks, since sanity returned to the foreign exchange market somewhat.

The occasional brawls between commuters and the drivers' mates erupt out of frustration on the part of the former.

We have observed how the government is trying hard to mitigate the effects of the challenging times, one being the carting of foodstuffs from the producing areas of plenty, to Accra.

The intervention sounds great but it is by no means innovative, the template having been applied before when the Ghana Food Distribution Corporation (GFDC) was set up to address a near similar challenge the country faced in the early 80s.

Those times were unlike what we are experiencing today. There was famine in the country and bushfires, a situation which led to shortage of supply in the face of high demands. The accompanying aftermath of the interplay between the two economic forces of supply and demand created increased prices and frustration.

Today, what we are facing is not food shortage but high transport costs in the face of greedy traders in Accra, who want to cash in on the situation.

The government response of carting foodstuffs as mentioned earlier should be monitored carefully to isolate challenges that would surely crop up as a result of non-commitment of managers of the template.

Under the Ghana Food Distribution Corporation arrangement, foodstuffs were sold at designated outlets. It collapsed because some of the managers shortchanged the system by doing personal business using state resources.

We should therefore not see the Ministry of Agriculture response as an answer to the current hindrance. The records about how the previous intervention in the 80s failed should guide those who would be managing the intervention.

We recall the role of the Prices & Income Board in the heady years of the country when traders ruled as they are doing today and greedily so.

If things continue the way they are today, government must intervene through the fixing of prices of basic commodities and enforcing compliance.

The arbitrariness is becoming unbearable for Ghanaians and it is time an intervention is thought out. The situation where traders decide how much to increase and doing so incessantly is not helping matters.