NDC likely to lose the 2024 elections, electoral dynamism not in their favour 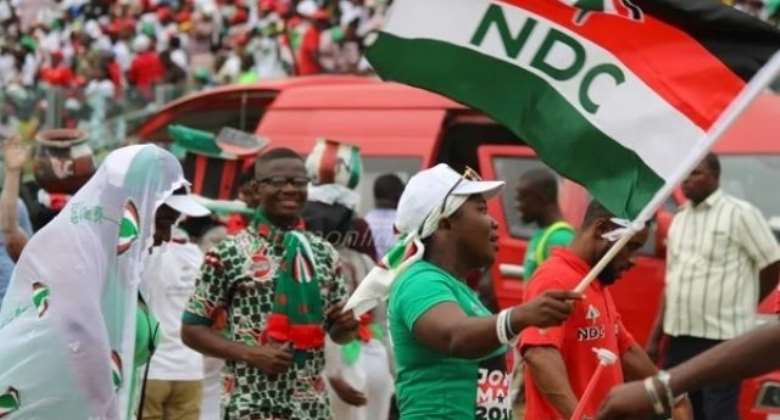 In preparation for the 2024 elections, NDC is doing all in its power to persuade Ghanaians that electing Nana Addo and NPP to replace them was a mistake. The gains of NPP had been severely hampered by the current economic turmoil, as well as the swings in the world economy and the unnecessary Russia-Ukraine war. The COVID-19 world epidemic heist has left the nation and the rest of the world still recovering from its shocks. For Ghanaians to punish NPP and put them back in power, NDC is hoping and praying that the current predicament won't give way to recuperation and comfort. Every change in government occurred against a background of significant economic difficulties, and the NDC's hopes are not unrealistic.

However, if they (NDC) continue to stake their political future on the nation's economic woes, the dynamism that is defining the 2024 elections could leave them in opposition. The fact that NPP is not contesting the elections with a President in office and that Mahama has lost two elections is the main dynamic that could lead to this likely scenario. The election of 2008 was in a slightly different position than this one. The only exception is that Mahama, the expected NDC candidate, has experience as both a vice president and president. If Ghana's economic outlook improves by mid-2023, citizens might easily vote for the NPP's new candidate.

Again, the NPP's selection of a Muslim candidate could make the NDC's problems worse in 2024. The vice president of the NPP is attempting to replace Nana Addo, and if successful, he could win over more Muslim and northern voters. Since the establishment of the Fourth Republic, no Muslim has ever assumed the throne of Ghana. The belief that will fuel this wave is that Muslims will support their own, regardless of party affiliation, and make sure he succeeds. Furthermore, it makes sense that statistics and science could contribute to the NDC's defeat in that important general election. If the Ashanti area continues to support NPP, NPP could pull the trigger. The new regions that NPP established during its first term may contribute to this trigger. According to data, NPP is growing in popularity in these areas. It is true that the NDC no longer controls the Central and Western Regions, leaving Greater Accra as the sole swing region.

Finally, the emergence of social media has hastened the decline of outdated political strategies like propaganda and 'name-calling'. Many Ghanaians would be able to make better choices based on their empirical observations and would not be misled by any sort of propaganda setup. Since 2000, NDC acquired a reputation for using "evil" propaganda to win elections.

The NDC party's level of hunger for power and their agonizing opposition status make the elections in 2024 a "do" or "die" situation for them. They believe that 2024 is a "cool chop" and hope that the economy remains unstable to improve their chances of winning. Unfortunately, Ghana's economic progress would suffer from this mindset of all opposition parties wanting the ruling party to fail. For instance, if NDC keeps wishing for Ghana's economic doom, NPP would make a mess of things, and whenever they (NDC) take power, they would find it difficult to get the nation back on its feet, which would impede progress and development. This is detrimental to our democracy and a very risky precursor to the development of the nation.

Breaking the eight (8) rule, or would the eight-year tradition still be followed? Come 2024, the NPP is likely to surpass the eight and create history in Ghana if this dynamism is anything to go by. The nation is struggling right now, and we hope they can find ways to calm the turbulence and get things back on track for the sake of the general populace. Ghana, live long and prosper! Our democracy must continue!