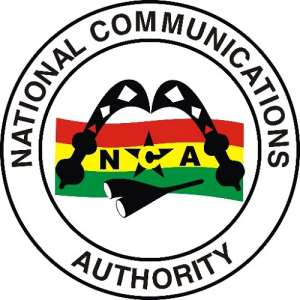 Nine persons have dragged the National Communication Authority (NCA) to the High Court over its directives on sim card reregistration.

The NCA had given ultimatum to mobile phone subscribers to re-register their phone numbers or risked having the numbers blocked by telecommunication companies.

The Authority gave 30 September 2022 as deadline for people to re-register their sim numbers with valid Ghana Card issued by the National Identification Authority (NIA).

The NIA, however, had indicated that it would be very difficult for it to issue Ghana Cards to all persons by the September 30, 2022, deadline.

The nine persons filed an application for judicial review of the Mobile Phone Sim Card re-registration directives describing it (the directives) as punitive.

Joined in the suit is the Attorney General.

The applicants are praying the court for an order of interlocutory injunction restraining their agent, workmen, contractors' sub-contractors, associates deriving authority through the NCA from imposing any punitive measure/ sanctions, including deactivating, restricting, churning and or in any way or limiting them from using the mobile phone sims and network services until the final determination of the case.

According to the applicants, NCA acted beyond its jurisdiction when it issued the punitive directives requiring them to re-register their mobile phone sim with the Ghana Card as the only identity document on or before September 30.

In a writ filed on September 26, this year, the nine applicants who are customers of MTN, Airteltigo, and Vodafone, said they had applied for Ghana card between 2020 through 2022 but yet to receive them.

The applicants held that since the year 2008 when Act 750 was enacted, the NIA had not been able to register all Ghanaians and other persons entitled to be registered as mandated by law at any point in time.

According to the applicants, its registration process continued to be fraught with technical, human, and funding challenges.

The registration process has been conducted in phases across the country, the applicants held.

They opined that the process of registering and obtaining a Ghana Card was entirely out of their power and control and same entirely rested on the process and mechanisms put in place by the NIA.