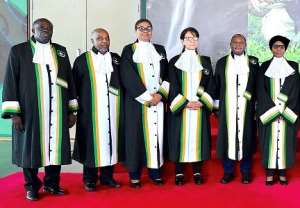 The visit is fixed for September 26th to 30th, 2022 aimed at exchanging experiences, and enhancing cooperation among the continental judicial fraternity a statement signed by Dr. Robert Eno, African Court Registrar and copied to the Communication for Development and Advocacy Consult (CDA Consult) in Tema stated.

The African Court statement explained that the purpose of the visit is also to generally engage with global judicial institutions whose mandates stand at the intersection between public international law, and human rights justice.

According to the statement, the visit is part of the African Court’s long-standing endeavour to pursue cooperation with peer institutions involved in human rights adjudication in a bid to reinforce judicial dialogue and exchange practices pertinent to international justice.

The African Continental Court is composed of eleven Judges, nationals of Member States of the African Union elected in their individual capacity.